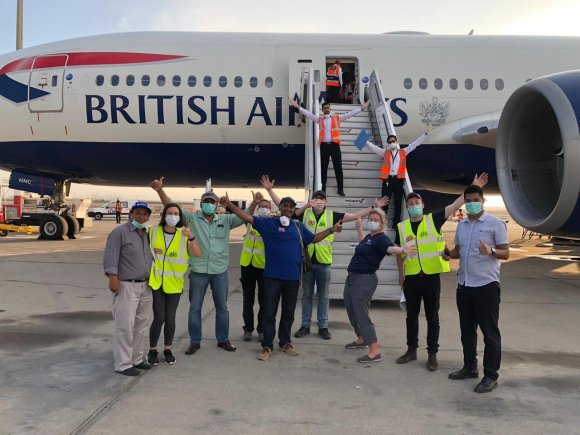 Quarantine rules should be based on science and not be politicized, the head of IATA said Tuesday, as he warned that such rules pose a “major obstacle” to the resumption of air travel.

The UK government is imposing a quarantine rule for people entering the country from June 8, mandating self-isolation for 14 days as part of its efforts to contain the COVID-19 virus. People are advised not to use public transport and must provide officials with their quarantine location. They could be subject to random checks and fines if they do not comply. Soon after the UK announcement, France said it would impose reciprocal quarantine measures on travelers from the UK or any other European country that mandates quarantines.

In a media briefing May 26, IATA CEO and director general Alexandre de Juniac said such responses were “politicization.”

“Measures must be based on science,” he said. “Quarantine measures are a major obstacle for air travel. No one will travel anywhere if they have to stay for two weeks in quarantine. We think [governments] should avoid quarantine measures by any means.”

The UK’s quarantine rule has been criticized by trade organization Airlines UK. In an open letter to Prime Minister Boris Johnson, signed by the CEOs of easyJet, Virgin Atlantic and several airport CEOs, Airlines UK said people will “simply choose not to travel to and from the UK at the same time as economies in Europe and around the world begin opening up their borders.”

The CEOs go on to say that “grounding airlines indefinitely will further exacerbate an already devastating economic impact on UK aviation, prolonging the revenue crisis and delaying even further the start of a recovery for a sector that supports over 1.5 million UK jobs.”

The UK quarantine rule exempts truck drivers, seasonal farm workers and medical staff. The country, which relied heavily on Europeans to harvest its summer crops but left the European Union in January, is facing a shortfall of farm workers this year. UK heir to the throne Prince Charles has launched a “pick for Britain” campaign.