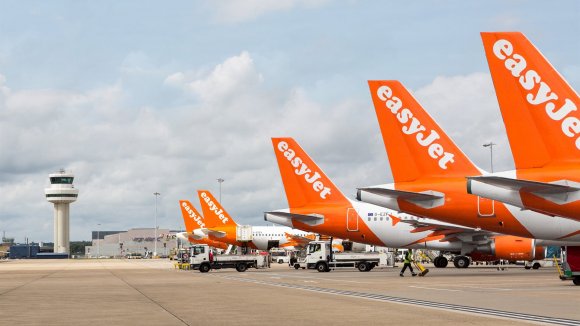 EasyJet is making around 30% of its workforce redundant as it shrinks the size of its operations to match its reduced network, which the LCC does not expect to return to 2019 levels until 2023.

The airline is set to resume service on June 15 and is focused on “profitable flying,” restarting a small number of routes with a focus on domestic flights in the UK and France.

Customer demand increases and the relaxation of travel restrictions across Europe will dictate further route resumptions.

Bookings for the winter season are “well ahead of the equivalent point last year.” Many of these tickets are for customers who are rebooking COVID-19-disrupted flights from the first half of this year.

Capacity for easyJet’s fiscal Q4—which runs until the end of September—is set to be 30% of what was flown in the same period in 2019. The LCC said this was subject to change, depending on demand and regulations, and its commercial planning and data science teams would “continue to work through different demand scenarios as we move through summer and into winter 2020/21.”

By the end of 2021 the airline’s fleet will be 51 aircraft fewer than was planned before the COVID-19 crisis began. EasyJet expects to have 302 aircraft by then, which will include 3-4% of un-crewed standby aircraft for the peak summer season. Deferrals of new deliveries have already been announced, including those from its substantial order with Airbus, which has been a point of contention between management and easyJet’s founder and largest shareholder Stelios Haji-Ioannou.

The LCC said its fleet deal with Airbus “gives easyJet the flexibility to react to the different circumstances and varying demand environments which we may be faced with in the coming period.”

In a strongly worded statement on his easy.com website, Haji-Ioannou wrote that the easyJet staff losing their jobs were being made to “carry the can” for the Airbus order.

A consultation period with employees regarding redundancies will begin in the coming days. According to the airline’s 2019 annual report it had more than 15,000 staff, including nearly 4,000 pilots and over 9,000 cabin crew members. The planned 30% cut would see 4,500 employees lose their jobs.

The staff cut reflects “the reduced fleet, the optimization of our network and bases, improved productivity as well as the promotion of more efficient ways of working,” easyJet said.

EasyJet CEO Johan Lundgren said the company wanted “to protect as many jobs as we can for the long-term.”

"We remain focused on doing what is right for the company and its long-term health and success, following the swift action we have taken over the last three months to meet the challenges of the virus,” Lundgren said.

"We want to ensure that we emerge from the pandemic an even more competitive business than before, so that easyJet can thrive in the future."