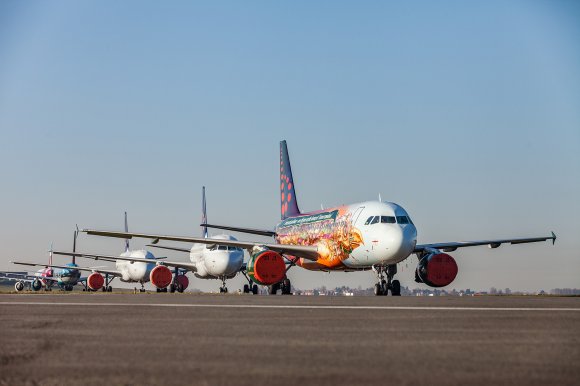 Brussels Airlines has downsized its summer operations, which will now consist of approximately 30% of its originally planned European flying schedule and 40% of its long-haul program.

The carrier has announced it will restart commercial flights from its hub at Brussels Airport (BRU) on June 15 after an interruption of 12 weeks.

Based on market demand and ongoing travel restrictions between June 15 and August 31, the Lufthansa subsidiary will gradually expand its network to reach 59 destinations across 33 countries in Africa, Europe and the US by August, when it will be operating 240 weekly flights.

In Europe, a total of 45 destinations will be served in 20 countries, including Denmark, France, Greece, Italy, Portugal and Spain. On its long-haul network, the airline will—subject to local governmental approvals—serve 13 out of its 17 African destinations and New York (JFK).

The Star Alliance member normally flies to more than 80 destinations, including 65 points in Europe, 17 in sub-Saharan Africa and three in North America, carrying over 10 million passengers a year.

Brussels Airlines said May 12 that it would cut its 4,000-strong workforce by a quarter and reduce its fleet by 30% from 54 to 38 aircraft. The overhaul was deemed necessary following the crippling of impact of COVID-19 pandemic.

Montreal (YUL), which was planned to be inaugurated as a new destination in March, will now join the network during the course of next year.

In the months to come, the company plans to further expand its network beyond August. This schedule will be announced at the beginning of June.

In order to prepare for the planned restart, Brussels Airlines is putting in place measures to protect its customers and staff during the journey, such as additional disinfection of the aircraft and the use of face masks. Several other measures are being evaluated together with the authorities and aviation experts.