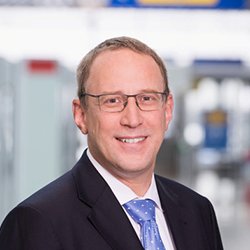 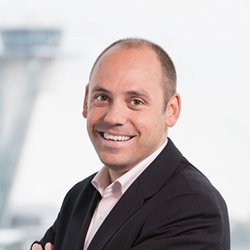 Nuremberg Airport (NUE) has unveiled a new incentive scheme to support airlines in the recovery period following COVID-19. Routes spoke to MD Michael Hupe (left) and head of route development Christian Kaeser (right) to find out more about the strategy.

Can you explain about the incentive scheme Nuremberg has launched?

Hupe: “We know that airlines will be faced with volatile demand once travel restrictions are eased. With low seat load factors during the early stages of the recovery, this will significantly increase the unit cost per passenger. For planes that are half full of less, the unit costs will probably increase by about 60-70%.

“We therefore came up with a scheme called the Blue Ocean Lifeline which is available to all carriers and provides a fair solution to our partners. It’s an official price list so there’s no haggling and no discussion. We wanted to take this to market early so airlines know where they stand and the deals that they will be able to receive.

“For between 33% and 66% there is an 85% discount, and for greater than 66% the discount is 65%. Our airline partners have so far responded very positively as it reduces the risk for them in the early stages of the recovery.”

Kaeser: “We feel it’s a transparent strategy and is non-discriminating. Airlines also don’t have to apply for it or make a contract with the airport—the discount is applied automatically. Given the ongoing uncertainty, we hope the incentive scheme will help to ensure there is good connectivity from Nuremberg over the coming months once operations begin to resume.”

When do you envisage that demand will return?

Hupe: “It’s very difficult to judge at the moment. I think a clearer picture will start to emerge once Europe’s skies begin to reopen and we see what conditions are attached to some of the state aid packages being given to airlines.

“In Germany, things are further complicated by the increase of aviation tax from April 1. This will also have a negative impact on demand. But in the short-term we need to focus on how to make things as efficient as possible regarding health and safety. People need to know they can fly safely.”

Kaeser: “We’re working with our stakeholders to rebuild demand. For the corporates in our area—like Siemens, Bosch, Adidas and Puma—there is a real need to ensure we preserve connectivity as they will want to travel again soon.

“On the inbound side, Nuremberg is one of Europe’s leading trade fair locations and so we think some of that traffic will return towards the end of the year. We expect leisure traffic could rebound from August but there is going to be a very short booking window for flights.

Do you foresee any opportunities for Nuremberg from the current crisis?

Hupe: “Every airport has to find its own way out of the crisis, but there will be opportunities as some airlines exit markets and others change their strategies. If you look at full-service carriers, we could see them changing their hub structures, for example.

“As part of our Blue Ocean Lifeline scheme, we have a Blue Ocean Bonus aimed at unserved routes. This includes a 100% discount on landing charges during the first year and we hope it could prompt airlines operate additional services from Nuremberg and stop the massive leakage on ground transportation to Frankfurt and Munich.

Kaeser: “In terms of targets, the strongest connectivity we had here in the past was through Lufthansa Group/ Star Alliance because 5X-daily flights to Frankfurt and 4X-daily to Munich, 3X-daily to Zurich and 2X-daily to Vienna. We also had good connectivity with SkyTeam (AMS and CDG each up to 4X-daily). However, we are missing any presence from oneworld from the strategic point of view.”