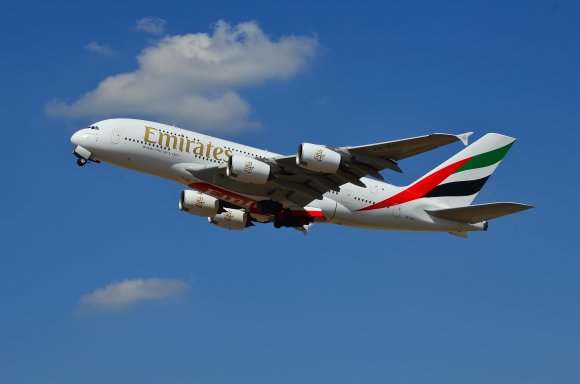 Welcome to Routes’ look at how the Middle Eastern and African aviation markets are recovering from the COVID-19 pandemic.

Capacity from and within the Middle East continued on a downward trajectory last week (w/c May 25), dropping by 24% compared with the previous seven days to 710,986 departure seats. The total means the market has shrunk by in excess of 4 million weekly seats year-on-year.

However, there are some positive signs of capacity returning in June as travel restrictions are eased. The latest schedules data for this week (w/c June 1) show the number of available departure seats is set to double to 1.47 million. Although still subject to change, overall capacity in June is set to be about 9 million seats, up from 4.2 million in May.

Analysis of OAG data shows the carrier plans to further increase service later this month. From June 15, Emirates will offer 47 routes, with Amsterdam (AMS), Delhi (DEL), Kuwait (KWI) and Singapore (SIN) among the destinations set to return to its network. Further expansion is planned in July.

The number of seats offered by Etihad Airways last week was down by 96.5% to 15,608, while Qatar Airways offered 111,189 seats, down 87.8% compared with the same week a year ago. Like Emirates, both Etihad and Qatar Airways plan to increase operations during June. Etihad’s network will grow from 18 destinations to about 37 by the end of the month, and Qatar Airways said it expects to rise to around 80 destinations.

Capacity across Africa nudged up by 2.7% last week thanks to gains in North Africa, which helped to offset moderate declines in Central/Western Africa and East Africa. In total there were 623,317 available scheduled departure seats across the continent. North Africa’s market grew by 11% to 246,598 seats. However, the figure is 75% lower than this time a year ago.

Looking at capacity by airline, Africa’s largest carrier Ethiopian Airlines offered 62,000 seats last week, down from more than 430,000 at the beginning of March. Speaking to the state newswire this week, CEO Tewolde GebreMariam said that focusing on cargo in recent months has enabled the airline to stem losses.

“The strategy of diversifying our activities into cargo, maintenance and hotels is proving to be the right one, as it is helping us to get through this period. We are taking full advantage of it,” GebreMariam said.