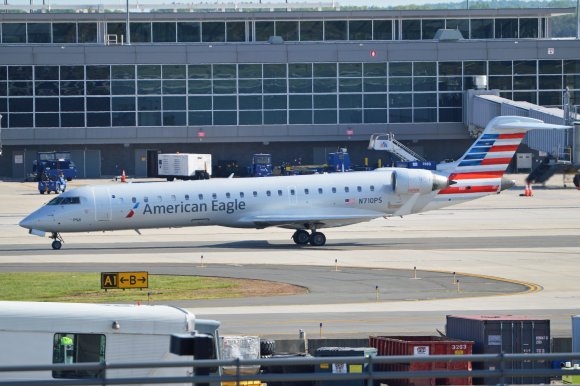 Dallas/Fort Worth-based American Airlines will operate its final service from Oakland International (OAK) on June 3 after opting to cut the airport from its network.

The last flight, AA2964 to Phoenix Sky Harbor (PHX), will depart OAK at 12.41 p.m. local time. It will be operated by SkyWest Airlines as American Eagle on board CRJ700 aircraft.

American did not cite coronavirus as being responsible for ending service despite the huge drop in air travel caused by the COVID-19 pandemic. However, the oneworld alliance member said the decision was part of efforts to meet customer demand.

“Unfortunately, our service in Oakland was not profitable and the last flight from OAK to PHX will operate on June 3,” the airline added in a statement to Routes.

Analysis of data provided by OAG Schedules Analyser shows that American offered an average of 3X-daily flights between OAK and PHX in 2019, providing about 4,700 two-way weekly seats. Southwest Airlines is the only competitor, offering 40X-weekly departures prior to the COVID-19 crisis.

Although the CARES Act requires airlines receiving aid to continue minimum levels of service to “all points” in their networks through Sept. 30, where multiple airports serve the same area, airlines are able to consolidate operations at a single airport. That means American does not require US Department of Transportation approval to halt flights to OAK as it continues to serve SFO and SJC.

The OAK-PHX route was the only one American operated from the Californian airport after cutting service to Dallas/Fort Worth (DFW) in July 2019, blaming the route suspension on the grounding of the Boeing 737 MAX.

American’s exit from OAK comes after JetBlue Airways dropped the airport from its network earlier this year and Norwegian opted to move all services to SFO.