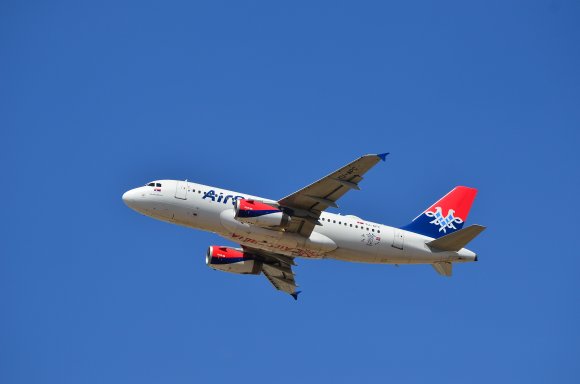 Welcome to Routes’ look at how the European market is recovering from the COVID-19 pandemic.

Lufthansa Group has announced plans to significantly expand its services in the second half of June compared with the previous weeks, focusing on summer tourist destinations. From June 15, Lufthansa will resume around 20 German and European destinations from Frankfurt (FRA) and as many as 34 from Munich (MUC). They include Dubrovnik (DBV), Faro (FAO) and Malaga (AGP) from FRA, and Agadir (AGA), Porto (OPO) and Split (SPU) from MUC. The carrier is also increasing the number of long-haul routes it is operating, adding Beijing (PEK) and Shanghai (PVG) from FRA among others.

Lufthansa’s planned network expansion this month comes after the company’s board of directors approved a compromise reached by the European Commission and the German government that clears the way for the airline to receive a €9 billion ($10 billion) bailout.

Under the terms of the deal, Lufthansa must reduce its fleet by four aircraft at FRA and MUC and make available 12 daily slot pairs to competitors requesting access.

“We see the potential to re-stimulate demand for low-cost travel and contribute to the vital recovery of tourism in these markets,” CEO József Váradi said. “With our new health and safety protocol designed to ensure that our customers and crew can fly safely, we are able to offer more affordable travel opportunities on our extensive network.”

TAP Air Portugal will operate transatlantic service from June 4 for the first time since late March when COVID-19 travel restrictions came into force. The airline will start with flights between Lisbon (LIS) and New York Newark (EWR). It has plans to launch additional services to Boston (BOS), Miami (MIA) and Toronto (YYZ) from the Portuguese capital in July. Each of the planned routes will resume with 2X-weekly flights.

In addition to the four routes restarting, TAP is inaugurating three new routes this summer. Flying between Ponta Delgada (PDL) in the Azores and BOS will begin on July 1, and flights from PDL to YYZ will start a day later. TAP will also launch a 3X-weekly service connecting LIS and Montreal (YUL) on July 30.

Air Serbia is to begin operating flights from Niš (INI) and Kraljevo (KVO) from June 16 and June 30 respectively. Flights from INI will initially begin to Frankfurt Hahn (HHN) and Nuremburg (NUE), before Hannover (HAJ), Salzburg (SZG) and Tivat (TIV) are reintroduced from July 1. Vienna (VIE) will be the first destination to resume from KVO.

Ukraine International Airlines (UIA) expects to restart passenger operations June 15, subject to relaxations on entry and exit restrictions for both Ukrainian and foreign nationals by that date. In the 10 months to April 2021, the carrier intends to operate medium-haul international point-to-point flights on routes that can demonstrate substantial passenger loads without requiring feeder services. The company also expects to resume domestic operations.

EasyJet will resume flying on June 15, servicing a small number of routes where there is “sufficient customer demand to support profitable flying.” The initial schedule will comprise mainly domestic services in the UK and France. However, the airline has confirmed that it plans to reduce its staff numbers by 30% and have a fleet of around 302 aircraft by end-2021, 51 aircraft fewer than planned before the COVID-19 crisis.

Scandinavian Airlines (SAS) is doubling its fleet in service this month from 15 to 30 aircraft. The increase will enable the carrier to add four domestic routes from Stockholm Arlanda (ARN) and two services to Helsinki (HEL) and Turku (TKU) in Finland. In Norway, where SAS is already serving all domestic destinations, it will now be possible to fly from Bergen (BGO) and Stavanger (SVG) to Copenhagen (CPH) and from SVG to Aberdeen (ABZ). From CPH, SAS is also resuming international flights to Amsterdam (AMS), New York (EWR) and Chicago (ORD).

KLM plans to further expand its route network in July. Compared to June, the number of flights will increase by more than 60% and the range of destinations will be expanded, particularly in Southern Europe. These destinations include Alicante, Bilbao, Bologna, Ibiza, Istanbul, Nice, Porto, Catania and Split. In total, the planned European KLM network comprises 73 destinations in the month of July, up from 30 destinations in May and an expected 45 destinations in June.