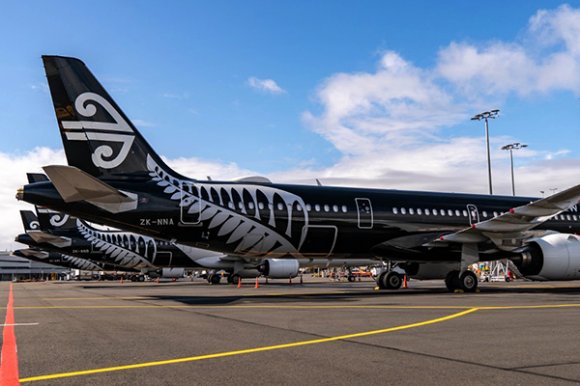 Welcome to Routes’ look at how the Asia-Pacific aviation market is recovering from the COVID-19 pandemic.

Capacity growth across the Asia-Pacific region stuttered last week (w/c May 25), with the number of departure seats declining by 4.3% to 20.2 million. The reduction brings an end to a run of four consecutive weekly increases. However, the North East Asia market continued on an upward trajectory as capacity rose by a further 1.9% to 14.6 million seats—the highest weekly total for three months.

China continues to account for the lion’s share of capacity within the region, with the number of departure seats rising by 3% last week to 11.3 million. The OAG figures show the country’s domestic market accounted for 98% of the total as its international market continues to dwindle. There were just 187,897 international departure seats last week, a decline of 6.1% on the previous seven days. The figure is also nearly 2 million seats fewer than in January, prior to the widespread COVID-19 travel restrictions.

However, the Civil Aviation Administration of China (CAAC) has this week eased its ban on foreign airlines. Starting June 8, one weekly flight will become available to foreign carriers that have been unable to access China since March 12. The announcement came after the US Transportation Department threatened to block Chinese passenger airlines from flying into or out of the US from June 16.

Flights can resume to a list of 37 approved Chinese cities, including Beijing and Shanghai. If tests find no coronavirus cases among passengers on an airline’s flights for three weeks running, the carrier will be rewarded with a right to increase frequency to two flights a week. As reported by Routes, Delta Air Lines and United Airlines are seeking to relaunch multiple daily flights between the US and China.

Elsewhere, the government of the Philippines has issued a directive to ease community quarantine restrictions, paving the way for scheduled passenger flights to restart. Philippine Airlines (PAL) said it would gradually resume both domestic and international flights on select routes starting June 8, including services to the US, China and United Arab Emirates. Cebu Pacific has also published a skeleton schedule from June 4-7, stating that the flights should be for essential travel only.

Carriers in Australia and New Zealand have also announced plans to increase capacity. Qantas and Jetstar said capacity would increase from the 5% of pre-coronavirus levels currently operating to 15% by the end of June. This equates to 300 more return flights per week.

Additional flights will likely operate during July depending on travel demand and further relaxation of state borders, with the ability to increase to up to 40% of the group’s pre-crisis domestic capacity by the end of July.

Qantas said there would be more services on capital city routes, particularly Melbourne (MEL)-Sydney (SYD) and a number of routes to-and-from Canberra (CBR). Flights will also commence from SYD to Ballina Byron Gateway Airport (BNK) in New South Wales after the launch was delayed due to the COVID-19.

“We know there is a lot of pent up demand for air travel and we are already seeing a big increase in customers booking and planning flights in the weeks and months ahead,” Qantas CEO Alan Joyce said. “Normally, we plan our capacity months in advance, but in the current climate we need to be flexible to respond to changing restrictions and demand levels.”

Air New Zealand has also released its domestic schedule for July and August. The airline plans to operate around 55% of its usual domestic capacity, compared with pre-COVID-19 levels, during the months.

Singapore Airlines (SIA) and SilkAir are increasing the number of destinations that will be covered by their passenger network in June and July, as well as the frequencies on some existing services. Reinstated scheduled services include flights to Adelaide (ADL), Amsterdam (AMS), Barcelona (BCN), Copenhagen (CPH), Hong Kong (HKG) and MEL among others. However, SIA said the schedule is only 6% of the capacity that had been originally scheduled for June and July.

Lion Air restarted flights on May 10 but later suspended domestic flights on May 27, saying that many passengers were unaware or misinformed on the travel requirements imposed by the Indonesian government and therefore unable to proceed with their flights. It will also stop all international flights on June 5.