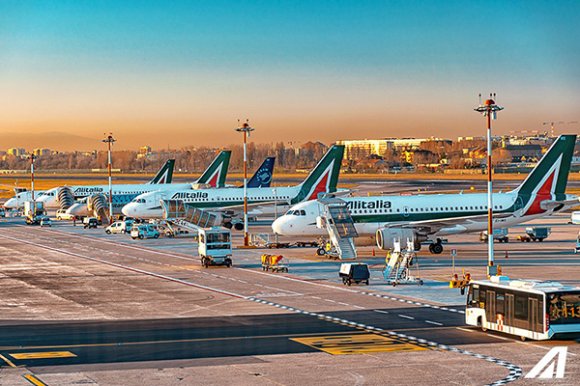 Italy may have to review its plan to nationalize and relaunch bankrupt airline Alitalia if the existing plan does not obtain European Commission approval, Italian media reported.

Italian financial publication Il Sole 24 Ore reported that European Commissioner Margrethe Vestager has told Italian authorities the planned relaunch, which involves splitting the airline’s activities into an old and a new Alitalia, with flight and maintenance activities included in the “new Alitalia,” is not acceptable and asked them to come back with an alternative plan.

According to Il Sole 24 Ore, the Italian government has not yet decided what to do, but coming up with a new structure for the relaunch could lead to a delay of several months.

Alitalia filed for bankruptcy in May 2017 and had been seeking a buyer ever since, coming close to a relaunch plan led by Italian railway company Ferrovie dello Stato (FS) and including Delta Air Lines and infrastructure group Atlantia last year, which failed to materialize at the last moment.

Italy announced in March that it would nationalize the carrier as the COVID-19 crisis devastated the air transport industry, and set out plans to relaunch it in June with €3 billion ($3.3 billion) in initial funding, as part of a broader economic support package aimed at helping the country recover from the coronavirus crisis.

Temporary flexible rules on state aid introduced by the Commission to help the region’s companies through the pandemic do not apply to Alitalia as the airline was already in trouble before the crisis.

According to Il Sole 24 Ore, Italian authorities do not consider the €3 billion in funding to be state aid but for the EC to give the green light to the operation the authorities will need to demonstrate a separation between the old and new Alitalia through reductions in fleet, routes and workforce.

An EC spokesperson declined to comment on whether the EC was looking into the nationalization and planned relaunch of Alitalia, saying only: “The Commission is in contact with the Italian authorities on this matter.”

“We cannot prejudge their timing or outcome. We have been in regular contact with the Italian authorities in the context of our ongoing investigations. These investigations are separate and not in any way linked to the coronavirus outbreak.”

Italy’s economic development minister Stefano Patuanelli has previously said that long-haul will be one of the areas in which the new Alitalia will need to invest and has said that Alitalia should be operating about 90 aircraft, compared with a previous fleet of 113.

Alitalia’s non-stop Rome-New York service resumed June 2, along with flights from Rome to Madrid and Barcelona and domestic flights between Milan and southern Italy and the carrier said May 20 it planned to operate 36% more flights in June than in May and around 40% of pre-COVID-19 levels in the third quarter.