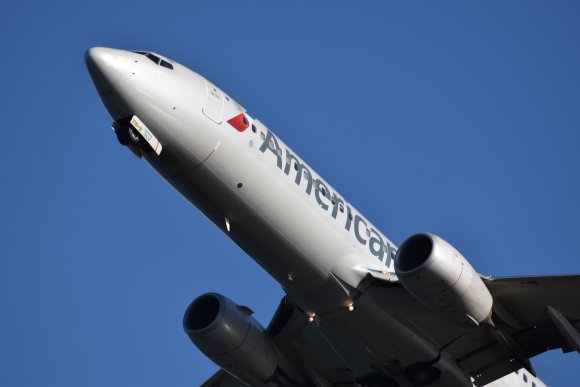 The added flights are a substantial increase from May, when Dallas/Fort Worth (DFW)-based American operated just 20% of its domestic schedule. International cuts will total 80% in July, owing to continued weakness in demand for long-haul travel.

American has seen passenger volumes and loads continue to rise through the month of May. In a June 4 securities filing, the airline said it carried over 110,000 daily passengers on average during the week ending May 29, up from 79,000 daily passengers in the first three weeks of May and 32,000 in April. Load factors crept up to 55%, from 41% earlier in May and a nadir of 15% in April.

“It’s not a full recovery, and we’re not out of the woods yet at all. But compared to our expectation back in April, when we had days of single-digit load factors, we’re far more optimistic about our prospects in July,” American VP-network schedule and planning Brian Znotins said in an interview.

As part of its planned summertime ramp-up, American will be building out frequencies from its DFW and Charlotte, North Carolina (CLT) hubs to leisure destinations that are enjoying a modest rebound in customer bookings, largely centered around Florida, the Gulf Coast and the Rocky Mountains.

“We’re not seeing much demand for long-haul travel or business travel yet, so we’ve rerouted our network to capitalize on the recovery in outdoor leisure travel,” Znotins explained.

“People who ordinarily would vacation in Europe or take a cruise are instead traveling to the Gulf Coast or mountain regions in Colorado, Montana or Wyoming, so that’s where we’ve focused our summer network.”

“The crystal ball is still murky, but we know short-haul international demand will come back first, probably focused on visiting friends and relatives,” Znotins said. “After that, we think we’ll see beach leisure demand really return, with travel to Asia and Europe rebounding much further down the road.”

American’s schedule changes come as other U.S. carriers are restoring suspended flights in June and July, although at varying paces. Delta CEO Ed Bastian said on June 3 that the Atlanta-based carrier would double its domestic capacity in July from May, after adding back 100 flights in June. Still, Delta is flying substantially fewer passengers than American lately, averaging about 65,000 daily travelers compared to American’s 110,000. And United Airlines, the most exposed of the "Big 3" to battered long-haul international markets, will operate just 25% of system capacity in July, up from 10% in June.

Southwest Airlines, with minimal international exposure, has emerged as the largest carrier by seats offered in North America, with 1.55 million available seats during the week ended May 29, according to Aviation Week Network’s Routes. Southwest will operate 60% of its system capacity in July, more than any other large airline.