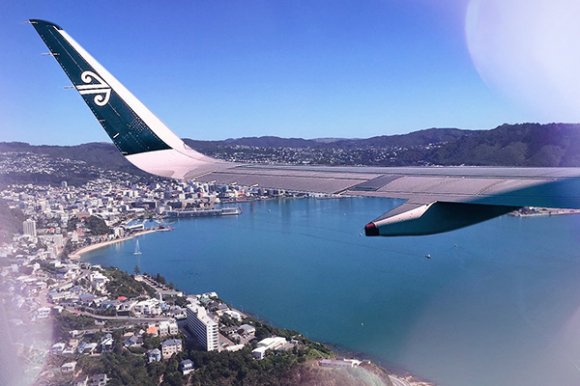 Air New Zealand has laid out an 800-day action plan that will involve flying fewer routes and further belt-tightening as part of efforts to return to “healthy profits” by 2022.

In a letter to staff, CEO Greg Foran said the national carrier has a “tough road ahead” but is on a path to become a “digital company that monetizes through aviation and tourism in a very sustainable manner.”

He explained that the airline has begun the second phase of a cost-cutting plan that it said will save around NZ$150 million ($98 million). This will include more layoffs as it shrinks to 70% of its pre-COVID-19 size.

“We will be smaller, flying fewer routes but we will not change our outstanding reputation for care, compassion and heart,” Foran said.

The airline hopes that by early September it will have restored much of its trans-Tasman and Pacific island flying. However, Foran warned that its long-haul routes will take much longer to recover.

“We are not factoring a return to long-haul flying of any note until next year,” he said.

“We believe that until there is a vaccine, effective treatment or elimination of the disease in key markets, the New Zealand government will not fully open its borders for growth in long-haul air travel.”

Foran envisages that Air New Zealand will be flying about 13 million passengers in 2022, compared with almost 18 million before the coronavirus crisis.

“Every airline in the world has been stunned by the COVID-19 pandemic. This event is not a hiccup; very few airlines will return to the former ways of working,"  Foran said.

“The survivors will be more focused, lower cost and provide better customer service. We want to thrive in this environment, realizing our ambition to take care better than any other airline on earth.”

Separately, Air New Zealand has confirmed that its international seasonal services operating between Sept. 1 to Oct. 31 will be canceled. This affects flights from Auckland (AKL) to Sunshine Coast (MCY), Cairns (CNS) and Denpasar (DPS). Flights from Wellington (WLG) and Christchurch (CHC) to Nadi (NAN) are also impacted.

The carrier plans to operate around 55% of its usual domestic capacity during July and August, compared with pre-COVID-19 levels.

“These routes will add further direct connections for customers travelling between the North and South Islands.”