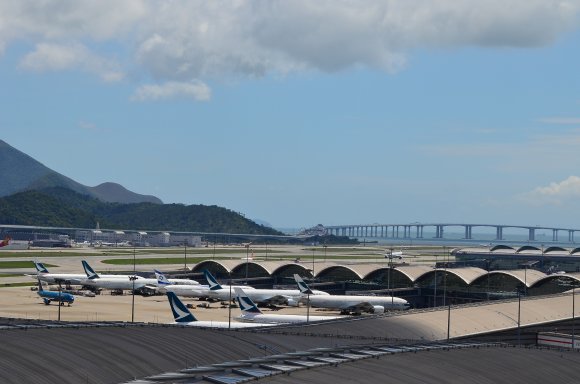 The Hong Kong government will gain a minority stake in Cathay Pacific thanks to a massive bailout package, while the airline has committed to further wage savings and a sweeping overhaul of the group’s business strategy.

The government-led package is worth HK$39 billion ($5 billion), and also includes more investment from the carrier’s major stakeholders. Cathay chairman Patrick Healy stressed there was no other alternative available that would have avoided “a collapse of the company” because commercial debt markets “are effectively closed” to airlines that do not have strong support from governments and shareholders.

As part of the package, the government has agreed to invest HK$19.5 billion through the purchase of new shares, and it will also provide bridge loans worth HK$7.8 billion. Existing shareholders will be invited to purchase seven new shares for every 11 they own, which will raise another HK$11.7 billion.

Major shareholders Swire Group, Air China and Qatar Airways have agreed to purchase their entitlements of new shares. However, they will still see a slight reduction in the percentage of their stakes. After all purchase rights are exercised, the government will hold 6.08% of the company, with Swire Pacific holding 42.26%, Air China 28.17%, Qatar 9.38% and smaller shareholders a combined 14.11%.

The purchase rights will be offered at a discount of around 47% on the closing price of HK$8.81 per share at the previous market close. If existing shareholders do not participate in the recapitalization, their stakes would be diluted by about 15.4%, Cathay said. The proposal still must be approved by a special shareholder meeting on July 13.

Healy said the government does not intend to be a long-term shareholder in Cathay. However, it will appoint two observers to the airline’s board. They will not be directors and will have no voting rights, but will be able to attend board meetings and participate in discussions. The presence of the observers is intended to allow the government to monitor and safeguard its investment, Healy said.

The infusion of new capital “does not mean we can relax,” and Cathay must “redouble its efforts” to transform the company, Healy said. In the short term, the carrier will launch a second voluntary leave scheme, which would involve three weeks unpaid leave over the next six months. There will also be further wage cuts for management.

Cathay will decide in the next few days whether it will participate in Hong Kong’s Employment Support Scheme, Healy said. This provides financial support to employers to retain workers, although companies must commit to not make redundancies during the subsidy period.

In the longer term, Cathay will reevaluate all aspects of its strategy. Management will present a proposal to the board by the fourth quarter that will detail the “scale, shape and size” of the group, Healy said. He noted this will inevitably mean “rationalization” of capacity plans.

Although “nothing is off the table” in this review, Healy said the group will still have strong full-service and LCC components. He stressed Cathay sees good prospects for the Hong Kong Express unit. Healy would not be drawn on what further fleet changes might result from the review, but he confirmed Cathay is still in negotiations with manufacturers regarding previously announced plans to defer some orders.