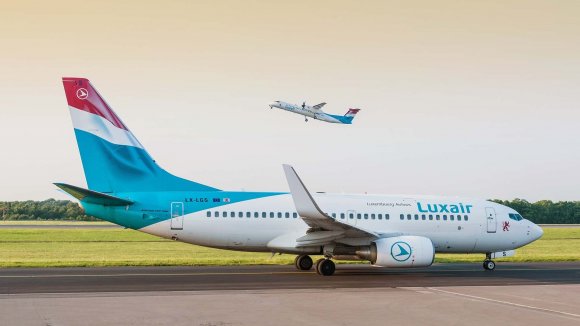 Latvian carrier airBaltic is opening two additional routes from Lithuania’s capital Vilnius (VNO) and has confirmed the revised start date for another new service. From June 15, the airline will begin operations to London Gatwick (LGW) with flights to Dublin (DUB) starting a day later. A third route, to Dubrovnik (DBV) in Croatia, was originally scheduled to launch in May but will now begin on July 6.

Flights between VNO and DUB will operate 2X-weekly on board Airbus A220-300 aircraft, becoming airBaltic’s second route to Ireland’s capital. Details of the route were announced on June 5, just 11 days before service begins. AirBaltic returned to DUB in March 2019 with flights from its Riga (RIX) base, seven years after last flying to the airport.

The VNO-DUB market is already served by Ryanair nonstop, which provided four flights per week prior to the coronavirus crisis. OAG Schedules Analyser shows the ULCC will resume the route in July with 2X-weekly flights. According to data provided by Sabre Market Intelligence, O&D traffic between Vilnius and Dublin totaled 63,985 two-way passengers in 2019, a reduction of 4.13% compared with the previous 12 months. Ryanair operated with an average load factor of 90.3% on the route.

Air New Zealand will resume passenger flights between Auckland (AKL) and Tokyo Narita (NRT) later this month, a route which has been suspended since Mar. 30. Before COVID-19 hit, the airline operated up to 10 services per week between the two destinations. However, the route is restarting from June 25 with just one weekly flight using Boeing 787-9 aircraft.

The planned resumption comes as new Air New Zealand CEO Greg Foran admitted that the airline does not expect a return to long-haul flying “of any note” until 2021. The airline hopes that by early September it will have restored much of its trans-Tasman and Pacific island flying, but long-haul routes are expected to take longer to recover.

“We are not factoring a return to long-haul flying of any note until next year,” Foran said. “We believe that until there is a vaccine, effective treatment or elimination of the disease in key markets, the New Zealand government will not fully open its borders for growth in long-haul air travel.”

The airline previously served MAN as a stop en route to Dublin until October 2007. The airport pair then went unserved until Flybe picked up the route in August 2016 and it remained part of its network until the carrier’s demise in March this year. In the months before its failure, Flybe provided 4X-weekly flights using Embraer 175 aircraft.

LUX-MAN is one of five routes being launched by Luxair this summer. The airline will also begin flights to Bordeaux (BOD) from June 20; to Marseille (MRS) from June 28; and to Innsbruck (INN) and Salzburg (SZG) from July 4. All will be served by Dash 8-Q400.