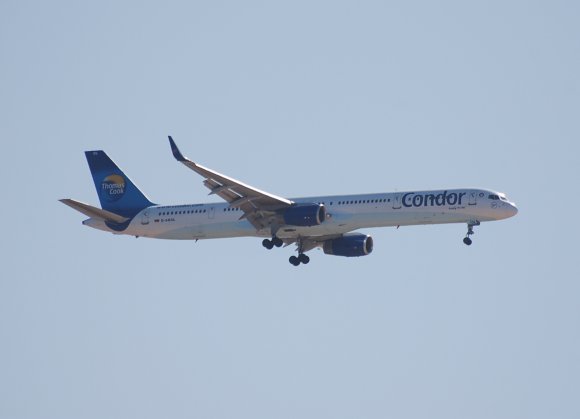 Pittsburgh International (PIT) expects an uptick in activity over the coming weeks, with nine routes expected to launch or return.

However, German leisure carrier Condor’s decision to curtail flying to the US leaves a gap in the Pennsylvania airport’s network.

According to data provided by OAG Schedules Analyser, flights are operating to 41 destinations from PIT this week (w/c June 8) with Orlando (MCO), Atlanta (ATL) and Chicago Midway (MDW) the top three markets by departure seats. The number of flight departures totals about 430, compared with in excess of 1,100 weekly departures in February before COVID-19 travel restrictions were imposed.

But despite the gradual increase in domestic activity, Condor’s 2X-weekly service between PIT and Frankfurt (FRA) will not return this year after the airline opted to suspend flying to all US cities during the summer season, apart from Seattle (SEA).

Condor inaugurated its service to PIT in June 2017, less than a year after initiating discussions about the long-haul transatlantic route at World Routes 2016 in Durban. The summer season route was scheduled to return on May 22 this year until Sept. 21 on board Boeing 767 aircraft.

“Condor has been a great partner with us in the Pittsburgh market,” PIT's VP of air service development Bryan Dietz said. “Obviously the pandemic has brought challenges to plans for this summer’s service. Nonstop service to Germany remains a key target for our market and we look forward to service returning next year.”

PIT said that nonstop to Germany remains “an important goal” given the numerous business and heritage connections that tie the country to Pittsburgh. The most recent example came at the start of the month when Wolfsburg-headquartered Volkswagen finalized a $2.6 billion investment into Argo AI, a Pittsburgh-based self-driving car startup.

Sabre Market Intelligence data shows O&D traffic between Pittsburgh and Germany totaled 50,300 two-way passengers in 2019, up from 35,000 in 2016 before the nonstop route was launched.

However, PIT remains hopeful that British Airways will resume its transatlantic route to the Steel City. The oneworld alliance member began a 4X-weekly service from London Heathrow (LHR) in April 2019 and flights are slated to return on Aug. 2, according to the latest schedules filed with OAG.

Speaking in the latest issue of Routes magazine, PIT president and CEO Christina Cassotis discussed how the airport is managing through the industry shock caused by the COVID-19 pandemic.