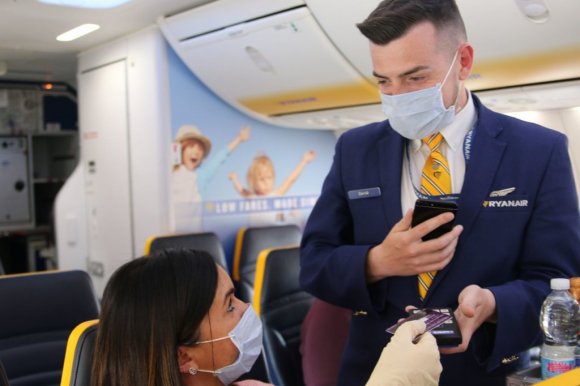 A statement from BA's parent company, International Airlines Group, said the airlines would be asking for a judicial review to be heard as soon as possible.

The rules came into effect on Monday (June 8) and require passengers arriving from abroad to self-isolate at a single address for 14 days.

A joint statement said: “This would be the most practical and effective solution and enables civil servants to focus on other, more significant issues arising from the pandemic while bringing the UK in line with much of Europe which is opening its borders mid-June.”

Italy’s flag carrier Alitalia plans to increase number of flights and destinations served in July, operating 60% more flights compared to June and double the number of services compared to May.

The airline will fly 52 routes in July—22 more than in June—to 37 airports; this comprises 19 in Italy and 18 abroad. Destinations returning include Amsterdam (AMS), Boston (BOS) and Tel Aviv (TLV).

Seats offered in July will also grow by 60% compared to the previous month, the carrier said.

Cathay Pacific said it expects to operate approximately 3.5% capacity in June and 9.4% in July. However, it added the plans remain “contingent on the further relaxation of travel restrictions around the world.”

The airline, which this week secured a government-led bailout package worth HK$39 billion ($5 billion), carried a total of 18,473 passengers last month—a decrease of 99.4% compared with May 2019. Capacity, measured in available seat kilometres (ASKs), decreased by 97.5%.

“Though there have been some small positive signs, such as the ban on transit traffic through Hong Kong International Airport beginning to ease, the future remains very uncertain,” chief customer and commercial officer Ronald Lam said.

“Unlike many of our global airline peers, we have no domestic network and so are entirely dependent upon cross-border travel.”

Air Serbia is planning to increase the number of weekly flights from Belgrade (BEG) to Zurich (ZRH) Berlin (TXL) and Frankfurt (FRA) due to rising demand.

The Serbian flag carrier will operate up to two flights per day to ZRH in June, and up to 3X-daily from July. In August, the airline will begin flying to FRA 10X-weekly, up from the current 7X-weekly. TXL will also increase from 6 to 10X-weekly.

"We continue to carefully monitor the situation and proactively adjust our traffic to demand,” CEO Duncan Naysmith said.

“Destinations in Switzerland and Germany are extremely important for us, primarily because of the large number of Serbian citizens who live and work in those countries, but also for business people and tourists.”

CEO Brett Gebers said the airline would continue to take advice from the Solomon Islands government regarding necessary precautions due to the COVID-19 pandemic and in conjunction with continuing border restrictions in international markets.

In the meantime, the carrier will continue to operate repatriation passenger and cargo flights on behalf.

The European Commission (EC) has approved plans by the Portuguese and Finnish governments to provide financial support to their respective national carriers after ruling the funding does not breach European Union (EU) state aid rules. TAP Air Portugal will receive a €1.2 billion ($1.36 billion) rescue loan, while Finnair will undergo a €286 million ($323 million) recapitalisation.

Air France has said that by the end of June its French regional flight schedule will represent 20% of the capacity usually deployed over this period.

In July and August, the gradual increase in the number of frequencies and destinations will continue, with the resumption of several services between Paris and the French regions, inter-regional routes, and the launch of seasonal routes, particularly to and from Corsica.

In total, Air France will operate inter-regional routes to and from 27 metropolitan destinations, connecting them to close to 150 destinations worldwide via the Paris Charles de Gaulle (CDG) hub.