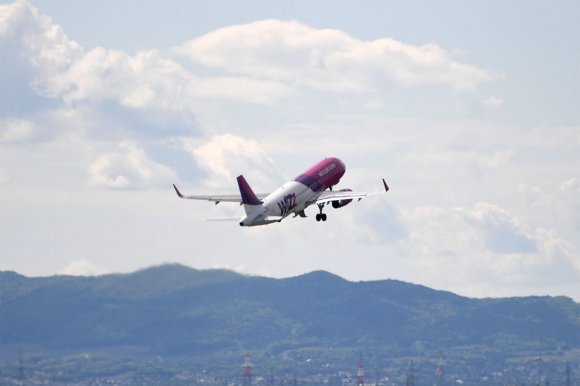 Hungarian carrier Wizz Air is further increasing its presence in Romania with the opening of a new base at Bacău’s George Enescu International Airport (BCM).

The base will become the airline’s seventh in the country when it opens on Oct. 29 and its 31st overall. Twelve new routes are being launched, connecting the city with Liverpool (LPL), London Luton (LTN) and Rome Fiumicino (FCO), among others.

“We are already the largest operator in the country, and we stay true to our mission of liberalizing air travel not only in the capitals, but in regional airports as well,” he said.

“Opening the newest Wizz Air base and allocating two state-of-the-art modern aircraft emphasizes the importance of the Romanian market for our operations.”

According to OAG Schedules Analyser data, Wizz Air offered more than 4.75 million departure seats from Romania during 2019, while Wizz Air UK provided 184,000. This put it ahead of flag carrier TAROM, which provided 2.41 million, and Bucharest-based Blue Air, which offered 1.87 million.

“The investments included the construction of a new passenger terminal, air traffic control tower, parking lots and other construction necessary for a modern airport infrastructure,” she said.

“Also, another very important project, in progress, aims to increase the load-bearing capacity and modernize the runway and the related movement surfaces.”

Bacău is the fifth new base Wizz has announced in less than two months. On April 29, the airline confirmed plans to open a base in Lviv (LWO) in Ukraine, with details of bases in Larnaca (LCA) in Cyprus, Milan Malpensa (MXP) in Italy, and Tirana (TIA) in Albania following in May.

As reported by Routes, this expansion takes the number of new routes being opened by Wizz in summer 2020 to 138, while its UK subsidiary is launching 11.