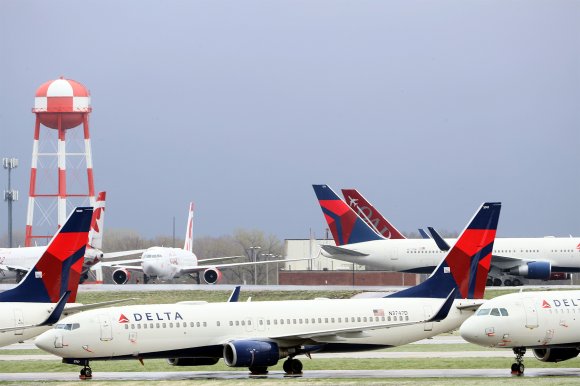 Delta Air Lines is adding nearly 1,000 flights back into its July schedule, as travel demand slowly recovers from the shock caused by the COVID-19 pandemic.

Atlanta-based Delta said the additions are aimed at “boosting service and nonstop connectivity to popular summer destinations and major business markets.” The added flights bring the carrier’s total capacity cuts for the month to 70% from last year, consisting of a 65% reduction to domestic flying and a 75% cut to international.

Domestic growth will center around Delta’s Atlanta, Detroit, Minneapolis and Salt Lake City hubs, with much of the traffic directed to leisure destinations in Florida and the West Coast. Services to some markets served by multiple airports remain consolidated and flying to some destinations remains suspended while demand is weak.

With a ban on nonessential travel between Canada and the US in place until late July, Delta will continue to operate a limited schedule between the two countries for those with critical travel needs. Cross-border flying will mostly consist of routes between Detroit, Minneapolis and New York on the US side, and Calgary, Montreal, Toronto and Winnipeg in Canada.

A significant amount of flights to Latin America and the Caribbean will also be restored next month, in response to the lifting of travel restrictions in some countries and increased demand for near-international leisure travel. The additions will mark a return to roughly 25% of Delta’s schedule in the region last year, more than double the 10% operated in June.

The restored routes will focus on popular vacation spots close to the US, including markets such as Cancun and Los Cabos, Mexico; Montego Bay, Jamaica; Nassau, Bahamas; St. Thomas in the US Virgin Islands and Punta Cana, Dominican Republic. In South America, service to Sao Paulo from Atlanta will be restored, as well as previously suspended markets in Central America and the Caribbean such as Aruba, St. Maarten and Costa Rica.

Asia-Pacific flying remains significantly curtailed relative to other regions, although some routes, such as weekly Los Angeles-Sydney and Atlanta-Seoul Incheon (ICN) services, will resume in July. Pending government approval, Delta plans to resume operations to Shanghai via Seoul Incheon up to seven times per week.