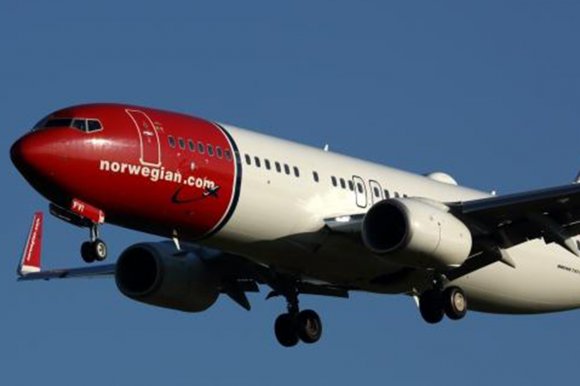 Scandinavian LCC Norwegian is bringing 12 aircraft back into service from July 1, enabling the airline to resume a portion of its short-haul route network in Europe.

The airline put a stop to almost all of its international flights in late March when the decision was taken to ground the majority of its fleet as the COVID-19 crisis worsened.

In the past two-and-a-half months, just eight of the carrier’s 147 aircraft have been in service, operating on 13 domestic routes in Norway.

Increasing the fleet size to 20 aircraft will allow Norwegian to resume 76 suspended routes, restoring links from its hubs in Oslo (OSL), Copenhagen (CPH) and Stockholm Arlanda (ARN) with destinations in the UK, Spain and France among others.

However, the LCC has not yet scheduled the resumption of any services to Italy, nor any of the low-cost transatlantic routes it has become famed for in recent years.

“Feedback from our customers has shown that they are keen to get back in the air and resume their travels with Norwegian beyond the current domestic services that we have been operating,” Norwegian CEO Jacob Schram said.

“Norwegian is returning to European skies with the reintroduction of more aircraft to serve our key destinations, which will ensure that we remain in line with competing carriers.

“As competition in the industry begins to recover over the summer period ,Norwegian will be in a position to continue to offer our customers great value and service while contributing to the gradual yet important return to normality for both the tourism sector and society as a whole.”

Norwegian has been gradually reducing its route network over the past 12 months as part of a wider restructuring. However, OAG Schedules Analyser data shows that the airline operated about 230 routes prior to the COVID-19 pandemic across its D8, DY, DI and LE AOCs.

Among the routes returning in July are links from OSL to London Gatwick (LGW), Barcelona (BCN) in Spain and Paris Charles de Gaulle (CD); CPH to Malaga (AGP) in Spain, Amsterdam (AMS) and Berlin (SXF); and ARN to Nice (NCE) in France, Palma de Mallorca (PMI) in Spain and Split (SPU) in Croatia.

The latest schedules data filed with OAG suggests that Norwegian’s capacity will rise from about 55,000 weekly seats this week (w/c June 15) to almost 300,000 by the start of July.

Since coronavirus-related travel restrictions were imposed, about 7,650 of the airline’s employees have been temporarily laid off, equating to approximately 80% of its workforce. The return of 12 aircraft to service will see more than 600 staff return to work.

In May, Norwegian entered into a NOK12.7 billion ($1.33 billion) debt-for-equity conversion with creditors which unlocked a NOK3 ($310 million) billion Norwegian government loan guarantee. The carrier ended the first quarter of 2020 with a pretax loss of NOK3.28 billion ($340 million), compared with a loss of NOK1.98 billion a year earlier.

Details of Norwegian’s plans to resume a chunk of its European routes came a day after fellow Scandinavian carrier SAS announced an expansion of its flying program in July.

SAS will increase from 30 aircraft in June to over 40 in July, equivalent to just under 30% compared with the corresponding period last year.

“As restrictions and inbound travel rules are relaxed, we are seeing a rise in demand for travel,” head of media relations Freja Annamatz said.