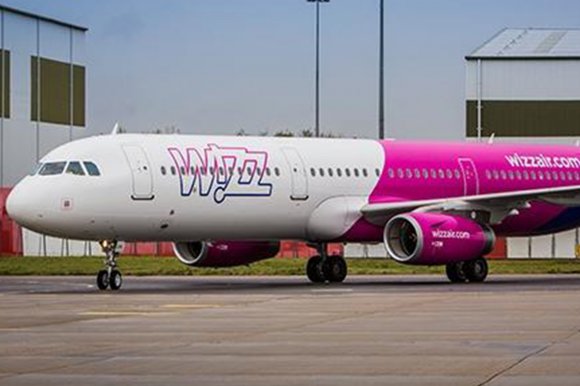 A day after unveiling plans to open a seventh base in Romania, Hungary’s Wizz Air has signaled its intention to launch its first base in Russia.

The ULCC will station one Airbus A320 at St. Petersburg’s Pulkovo Airport (LED) from Sept. 1 and begin five new routes to five countries. The base will be the airline’s 32nd overall.

Wizz announced in January it intended to begin four routes from LED, connecting the city with Bratislava in Slovakia, Vilnius in Lithuania, Bucharest in Romania and Sofia in Bulgaria. Its UK subsidiary also flies to London Luton (LTN).

The stationing of the A320 aircraft will support the launch of five new routes to Salzburg in Austria, Oslo in Norway, Copenhagen in Denmark, Stockholm Skavsta (NYO) in Sweden and Malta.

“Wizz Air’s operational base at Pulkovo will create new opportunities for expansion of the carrier’s route network and increase the number of direct services between St. Petersburg and European cities,” LED CEO Leonid Sergeev said.

“Pulkovo is fully ready to serve international flights. I am confident that as soon as the situation in the world stabilizes, the development of Wizz Air in St. Petersburg and the long-awaited launch of the new routes will stimulate tourist, business and cultural relationships between Russia and foreign countries.”

Wizz plans to serve Salzburg (SZG) from Sept. 18, with flights to Oslo (OLS), Copenhagen (CPH), Stockholm Skavsta (NYO) and Malta (MLA) beginning a day later. SZG and CPH will be 4X-weekly, while the other three will be served three times per week.

News of the latest base comes just 24 hr. after Wizz said it plans to increase its presence in Romania with the opening of a new base at Bacău’s George Enescu International Airport (BCM).