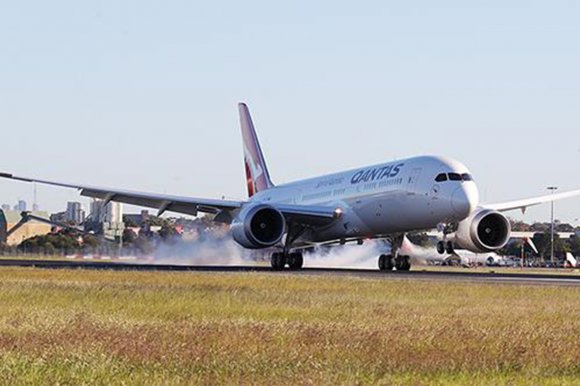 Qantas has canceled all international flights until late October, with the potential exception of routes to and from New Zealand.

The Oneworld alliance member took the decision on the expectation that the coronavirus pandemic will last through most of the year. However, transTasman Sea routes may be facilitated if a travel “bubble” between Australia and New Zealand is put in place.

“With Australia's borders set to remain closed for some time, we have canceled most international flights until late October,” the airline said in a statement.

Earlier this week, Australia’s tourism minister Simon Birmingham admitted that international borders with most countries were unlikely to reopen until 2021.

“I do sadly think that in terms of open tourist-related travel in or out of Australia, that remains quite some distance off,” he said. “Just because of the practicalities of the volumes that are involved and the need for us to first and foremost keep putting health first.”

According to schedules data filed at the turn of the year, Qantas intended to operate 48 nonstop international routes during the IATA 2020 summer season, 11 of which would have connected destinations in Australia and New Zealand.

The OAG Schedules Analyser data shows a further nine routes would have linked points in Australia and the US, including its planned new flights from Brisbane (BNE) to Chicago  O’Hare (ORD) and San Francisco (SFO).

However, despite the international setback, Qantas and subsidiary Jetstar said earlier this month that capacity would increase from the 5% of precoronavirus levels currently operating to 15% by the end of June. This equates to 300 more return flights per week.

Additional flights will likely operate during July depending on travel demand and further relaxation of state borders, with the ability to increase to up to 40% of the group’s precrisis domestic capacity by the end of July.

Qantas said there would be more services on capital city routes, particularly Melbourne (MEL)-Sydney (SYD) and a number of routes to-and-from Canberra (CBR). Flights will also commence from SYD to Ballina Byron Gateway Airport (BNK) in New South Wales after the launch was delayed due to the COVID-19.

“We know there is a lot of pent up demand for air travel and we are already seeing a big increase in customers booking and planning flights in the weeks and months ahead,” Qantas CEO Alan Joyce said. “Normally, we plan our capacity months in advance, but in the current climate we need to be flexible to respond to changing restrictions and demand levels.”

In May, Qantas officially halted its Project Sunrise plans to launch the world’s longest commercial routes. The airline has been exploring the launch of nonstop routes from the east coast of Australia to various destinations in Europe and North America for the past three years and hoped to begin services from 2023.

It selected the Airbus A350-1000 as the preferred aircraft for Project Sunrise last December and had intended to place 12 orders before the end of March.