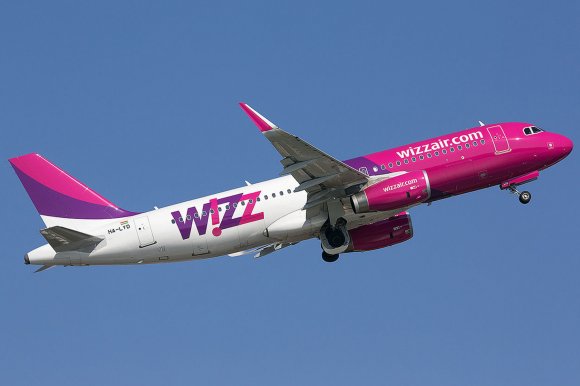 Hungarian ULCC Wizz Air is further expanding outside of its Central and Eastern Europe heartland with the opening of a base in Dortmund, a city in western Germany.

The airline, which was named the ATW 2020 Airline of the Year in March, continues to defy the coronavirus-related downturn in the industry and has now announced seven new bases in less than two months.

Dortmund Airport (DTM) will become the airline’s third base in Western Europe in addition to London Luton (LTN) and Milan Malpensa (MXP), which will open in July. Three Airbus A320s will be stationed at DTM from August, supporting the launch of 18 new routes to 10 countries.

Wizz started flying to the city in the North Rhine-Westphalia region in 2004 and has since carried more than 15 million passengers to and from Dortmund on its 30 routes. The latest expansion will support the opening of routes to Athens, Greece; Lisbon, Portugal; Reykjavík; and Split, Croatia, among others.

“We are very grateful that the first airline base of Wizz Air in Germany is opening in Dortmund,” the airport’s CEO Udo Mager said. “The fact that Wizz Air stations three aircraft in Dortmund is a great sign of trust in the location and a result of the many years of successful cooperation.

Wizz has already announced two new bases this week, with the stationing of one aircraft at St. Petersburg’s Pulkovo Airport (LED) in Russia from September and two aircraft at Bacău’s George Enescu International Airport (BCM) in Romania from October.

Since late April, it has also announced plans to open bases in Lviv (LWO) in Ukraine, Larnaca (LCA) in Cyprus, Milan Malpensa (MXP) in Italy, and Tirana (TIA) in Albania. In addition, a third aircraft will be stationed in Belgrade (BEG) in Serbia, supporting the launch of nine new routes.

“We continue take advantage of market opportunities and restimulate demand for low-cost travel,” Wizz CEO József Váradi said. “This expansion further contributes to the vital recovery of the economy in our markets and we remain focused on best servicing them, while protecting the health of our customers and employees.

“Our ever-disciplined attitude to cost and our solid balance sheet ensure that we remain a most formidable business under any market circumstance.”