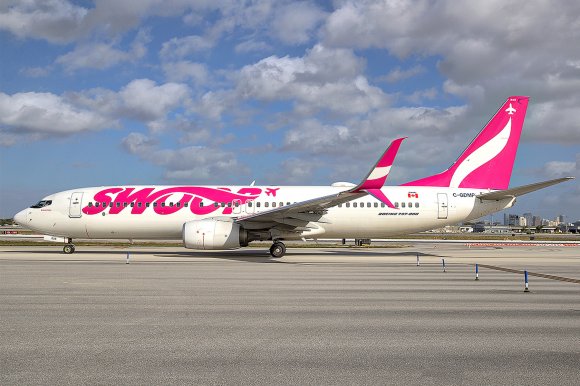 The airline, which operated its first flights two years ago this week, is looking for innovative proposals from airports that “understand providing value to travelers through fair fares, and low fees creates demand as well as the importance of travel and tourism in stimulating economic recovery.”

“We believe the key to recovery lies in strategic collaboration, creativity and innovation to get travelers moving back through airports and into the skies,” Swoop president Charles Duncan said.

“We are encouraged by early signs of recovering demand for ultralow fares and are eager to collaborate with airports across the region to rethink how we, as an industry, approach affordable and accessible air travel.”

Airports across North America, Central America and the Caribbean, with facilities suitable for the operation of Boeing 737-800 NGs, are now invited to take part in the first part of the RFP process by completing a prequalifying questionnaire on Route Exchange by July 3.

Swoop, owned by WestJet, remains confident in the long-term prospects for its ULCC business model and future growth. The airline said it has been responsible for the creation of more than 1,800 jobs since launching, resulting in an economic impact of C$295 million ($218 million).

“Having welcomed 2.5 million travelers onboard in our first two years of operation, our unbundled airfare model has proven successful here in Canada,” Duncan said.

“This demonstrated demand for ultralow fares translates to increased passenger traffic in airports, and the significant spillover effect through the support of jobs and businesses in local economies, all of which are essential for economic recovery.”