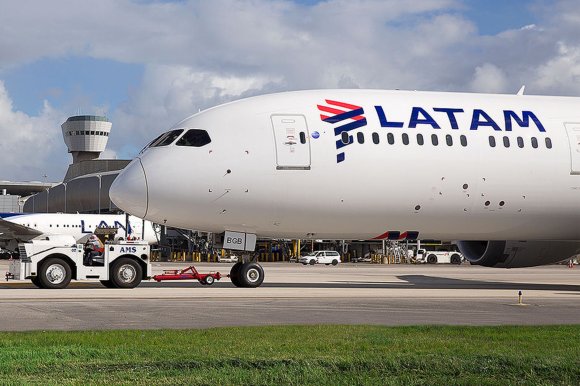 LATAM Airlines Group announced its Argentinian subsidiary will cease operations indefinitely, as the bankrupt parent company looks to rid itself of loss-making assets.

The Chilean airline group said LATAM Argentina’s operations will halt “for an indefinite period due to current local industry conditions, exacerbated by the COVID-19 pandemic, which has left the sustainability of the project unviable.”

LATAM Argentina will halt flights to and from 12 domestic destinations, while its four international markets—Sao Paulo, Brazil; Lima, Chile; Santiago, Peru; and Miami, Florida—will continue to be served by other LATAM affiliates, pending the removal of travel restrictions.

The wording of the announcement suggests the battered state of air travel in Argentina was at least partly to blame for the decision to dismantle the subsidiary. The country’s government has banned all air travel to, from and within the country through Sept. 1, one of the most stringent travel bans in place anywhere in the world.

“This is regrettable but inevitable news. Today, LATAM must focus on transforming the group to adapt to post-COVID-19 aviation,” said Roberto Alvo, CEO of the parent company. "Argentina has always been a fundamental country for the group and will remain so, with LATAM’s other affiliates continuing to connect passengers from Argentina with Latin America and the world."

LATAM Airlines Group filed for Chapter 11 proceedings on May 26 at the US Bankruptcy Court for the Southern District of New York, citing financial distress resulting from the collapse in demand caused by COVID-19. The company’s reorganization excluded the Argentinian unit, as well as its Brazilian and Paraguayan affiliates “due to the nature of their debt structure and current financial status.” Affected by the filing are LATAM and its affiliates in Chile, Colombia, Ecuador, Peru and the U.S.

LATAM Argentina traces its history to 2005, when LAN Chile acquired the small Aero 2000 airline, which was not operational at the time. LAN would go on to merge with Brazil’s Tam in 2010, forming South America’s largest airline group.

The Argentinian unit last operated a fully leased fleet of 14 Airbus A320-200 jets, with an average age of 17.2 years, according to Aviation Week Fleet Data.

The subsidiary employed about 2,300 people prior to the pandemic, or roughly 6% of the total workforce spread across LATAM’s various units.