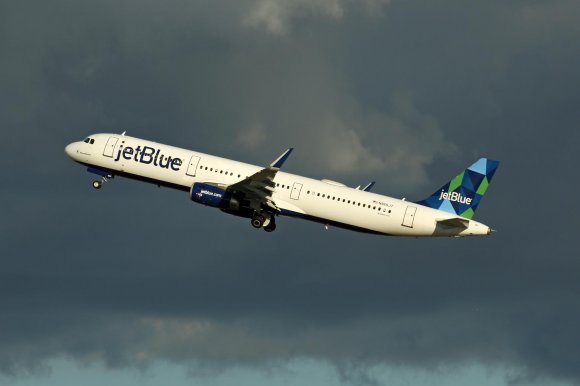 JetBlue Airways will add 30 new routes to its domestic network over the next few months, in a bid to capitalize on a modest upswing in leisure travel demand.

The new routes are largely focused on connecting passengers from the New York-area to beach and outdoor leisure destinations in Florida and the Western US. They will be added in three phases in July, August and October.

Effective July 23, the first round of additions will see New York-based JetBlue introduce transcontinental service from Newark (EWR) to Los Angeles (LAX) and San Francisco (SFO), operated with Airbus A321 jets featuring Mint premium class. Other routes being launched include service from Newark to Charleston, South Carolina (CHS) and Jacksonville, Florida (JAX); and from New York JFK (JFK) to Dallas/Fort Worth (DFW) and Detroit (DTW). All routes besides the aforementioned A321 services will be operated using A320-200 aircraft configured in a two-class, 162-seat layout, featuring 120 seats in economy class and 42 in premium economy.

The New York-area build-up will continue on August 6, with the introduction of service from Newark to Austin, Texas (AUS); Las Vegas (LAS); Phoenix (PHX); San Diego (SAN); and Sarasota, Florida (SRQ). Other New York-area additions include routes from JFK to Minneapolis (MSP) and LaGuardia (LGA) to Fort Myers (RSW) and Tampa, Florida (TPA).

JetBlue will also build out its connectivity between Philadelphia (PHL) and Florida in August, adding new flights from the northeastern city to Orlando (MCO), Fort Myers, Palm Beach (PBI) and Tampa, in addition to San Juan, Puerto Rico (SJU).

Including the new route announcements, JetBlue will operate more than half its original schedule in July, positioning it somewhere in the middle of the pack in terms of domestic flying, along with American Airlines (55%), Frontier Airlines (50-70%) and Southwest Airlines (65%-75%). Delta Air Lines and United Airlines—both with large exposure to battered long-haul international markets—are restoring less than 40% of domestic schedules each next month, while ULCCs like Allegiant Air and Spirit Airlines will resume close to 90%.