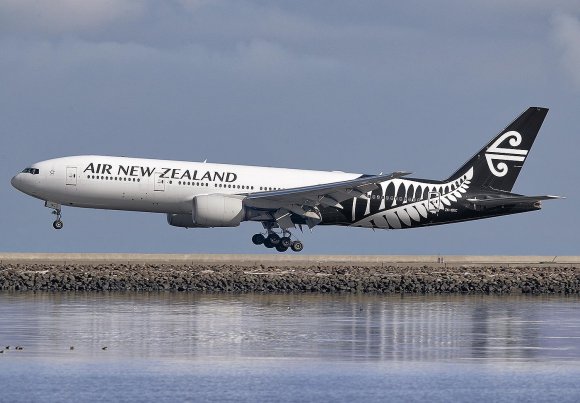 Air New Zealand will resume passenger flights between Auckland (AKL) and Shanghai (PVG) next week, with passengers subject to government border controls in each direction.

Pre-COVID-19, the airline operated seven services per week on its AKL-PVG route, however, it has been suspended since early February due to the outbreak.

“Shanghai was the first route to be impacted by the COVID-19 pandemic and government travel restrictions, so it’s pleasing to be able to resume operating passenger services on this route from Monday,” he said.

“While we have been operating some dedicated cargo flights between Auckland and Shanghai, it’s great to be able to now open these services up for passengers to book and we expect Chinese nationals in New Zealand wanting to return to China, or New Zealanders in China seeking to return home, will look to use these services.”

The airline said ongoing travel restrictions and quarantine measures have forced it to cancel the majority of international flights until Aug. 1. “This way UIA seeks to prevent unjustified expectations of passengers and the cancellation of flights with very low loads,” the airline said.

However, there will be a phased introduction of services beginning this month. It has already operated scheduled flights to Amsterdam (AMS) and Paris Charles de Gaulle (CDG) this week, with Bangkok (BKK), Istanbul (IST) and Miami (MIA) to follow in the coming days.

Volotea restarted operations on June 16 after three months of “hibernation” due to the coronavirus crisis.

In all its markets, the airline has deployed a new network, strongly increasing its domestic offerings. This summer, the Spanish carrier will offer a total of 274 routes, 75 of which are new and 122 are exclusive.

“We are offering a completely new set of domestic routes, more frequencies and plenty of connections with holiday destinations, specially to the islands,” founder and CEO Carlos Muñoz said.

“Europeans have been in lockdown for a long period, and now the strong desire to take a safe, well merited holiday is motivating lots of people to move ahead with life and temporarily postponed plans.”

This will take the total number of Emirates destinations on offer for travellers to 40. Flights from Sri Lanka, Vietnam and Pakistan, will only carry outbound passengers to the UAE and onward destinations.

“The UAE government’s recent announcement to ease travel for UAE citizens and residents show the thorough approach that our country is taking with regards to resuming economic activities, and as we gradually return to regular services, Emirates’ number one priority will always be the health and safety of our customers, our crew and our communities,” CCO Adnan Kazim said.

After the closure of Malta International (MLA) for commercial operations for the past three months, Air Malta will commence its summer schedule on July 1, connecting the island to 22 destinations within Europe.

The carrier is also launching a new route to Madrid on July 18 after an absence of more than a decade. Operations to Luxembourg are also being transferred to Brussels.

Scandinavian carrier SAS has announced an expansion of its flying program in July. SAS will increase from 30 aircraft in June to over 40 in July, equivalent to just under 30% compared with the corresponding period last year. “As restrictions and inbound travel rules are relaxed, we are seeing a rise in demand for travel,” head of media relations Freja Annamatz said.