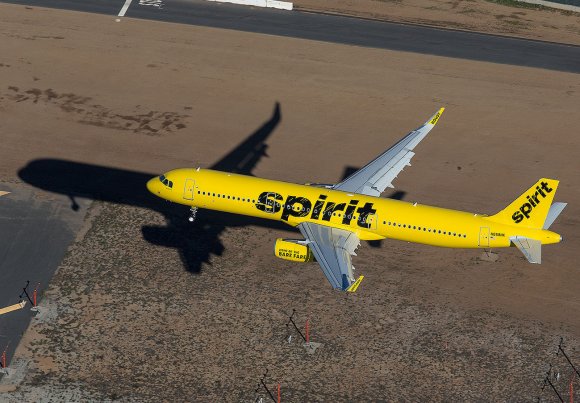 Spirit Airlines is planning to operate around 550 daily flights in July, an aggressive restoration of more than 80% of last year’s scheduled capacity.

The rapid restoration of service marks a swift reversal following Spirit’s decision to slash capacity by nearly 90% in May, reducing its total schedule to just 50 flights per day.

“[Spirit executives] describe it as looking for ‘green shoots,’ paired with simply taking domestic leisure travelers where they want to go this summer,” Spirit spokesman Field Sutton explained. “At the same time, international travel is coming back on a country-by-country basis as borders start opening back up.”

BWI is an example of the speed with which Spirit is returning capacity in many markets where it nearly ceased operating in May. Effective July 1, the airline will operate 25 daily flights from the airport, or roughly 87% of last summer’s capacity. For comparison, it only operated a single route from BWI to MCO in May, averaging just 0.4 flights per day that month.

“BWI remains one of the largest airport operations in our network,” Sutton said. “In addition to resuming routes, we’re also adding extra daily flights on many of these routes in July.”

Along with ULCC Allegiant Air—which will also operate upwards of four-fifths of last year’s capacity in July—Spirit is leading the pack of U.S. carriers in terms of restoring domestic flying next month. That compares to 65-75% for Southwest Airlines, 50-70% for Frontier Airlines, 50-60% for JetBlue Airways, 55% for American Airlines, 38% for Delta Air Lines and 30% for United Airlines.

The service resumptions come as demand for domestic leisure travel continues to rebound. Passenger throughput data tracked by TSA reached 576,000 travelers on June 18, the highest amount since mid-March, but still down 78% from the same day last year.