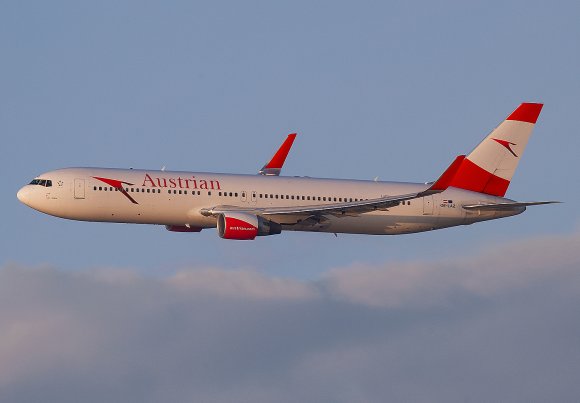 The ramp-up of Austrian Airlines’ flight operations is set to continue in July as the Lufthansa-owned carrier adds more destinations to its network.

The airline is gradually resuming services following a three-month period when all scheduled passenger operations were suspended because of the coronavirus pandemic.

After returning to the skies on June 15, Austria’s flag carrier expects to fly to more than 50 destinations from next month.

Thirty-six aircraft will be deployed from July onwards, including three Boeing 767s which will be used on long-haul routes to Bangkok (BKK), Chicago (ORD), New York (JFK) and Washington (IAD). Smaller aircraft such as Airbus A319, Embraer 195 and Dash 8 will also be brought back into service quicker than some of its larger jets, like is 777-200ERs.

According to data provided by CAPA, the airline has 87 aircraft in its fleet.

“Summer is the most popular travel season. We can see that in the current bookings. That is why we will continue to increase our offer in July and fly to over 50 destinations worldwide,” Austrian Airlines CCO Andreas Otto said.

The airline is this week operating 32 routes, data provided by OAG Schedules Analyser shows, with the most capacity deployed on flights between Vienna (VIE) and Frankfurt (FRA). Total weekly capacity across its network is about 38,500 seats.

Earlier this month, Austrian Airlines secured a €600 million ($680 million) aid package, with the state contributing €150 million ($170 million) to cover losses resulting from the COVID-19 crisis and guarantee 90% of a $300 million ($340 million) six-year loan from a consortium of banks.

Parent Lufthansa will also inject €150 million ($170 million) and the group has given commitments to maintain the VIE hub for 10 years.

“We are a company that missed bankruptcy by a hair's breadth,” CEO Alexis von Hoensbroech told Aviation Daily last week. He said the carrier hopes to operate bout 30% capacity during the summer, rising to 50% by the end of the year.