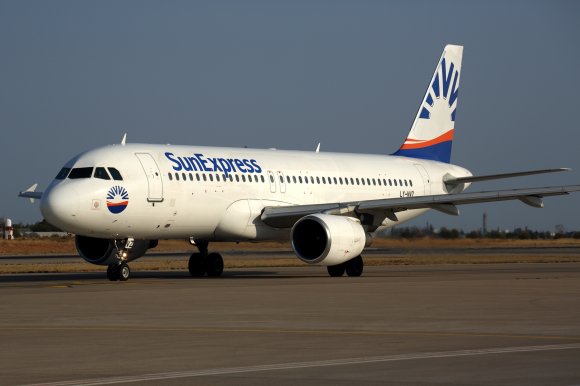 SunExpress, the joint venture between Turkish Airlines and Lufthansa, it to shut its subsidiary in Germany and concentrate on its core operations in Turkey.

The airline said it has been “hit hard” by the effects of the coronavirus pandemic, with the majority of its fleet grounded between April 2 until May 31.

It has therefore decided to bundle its traffic into one AOC and to focus on holiday flights from Germany, Austria, Switzerland to Turkey and on domestic flights within Turkey.

SunExpress Deutschland, which was founded in June 2011 and based in Frankfurt (FRA), will cease operations this month and be liquidated. About 1,200 staff will be affected by the move.

Of the current 69 aircraft in the SunExpress fleet, 20 aircraft are registered under the German AOC.

Max Kownatzki, CEO of SunExpress, said it was a “strategically appropriate decision” to focus exclusively on its core business in Turkey but it was also a bitter one.

“For all those affected, this is sad news, which was the result of a comprehensive and intensive evaluation of the situation,” he said.

“At the same time, this represents an important step for the future to strengthen the market position of SunExpress during the crisis and to emerge even stronger from the crisis.”

SunExpress Deutschland operated from 10 airports in Germany during 2019, deploying the most scheduled capacity from Dusseldorf (DUS). As well as operating leisure flights between Germany and Turkey, the airline also carried passengers from Germany to destinations in Egypt, Bulgaria and Greece.

SunExpress’ Turkish operation, as well as airline partners including Eurowings, will pick up passengers from cancelled SunExpress Germany flights. The company will focus on its activities at the Turkish resorts of Antalya and Izmir.

“With a concentrated route network, a consolidated fleet and passion for aviation, we will ensure the airline’s competitiveness and future viability, remaining a strong and reliable partner for travel agencies, tour operators and our direct customers,” Kownatzki said.

“The decision is a strategic move in order to adapt to a changing competitive environment and future market demand forecast.

“We believe that by concentrating all our power on a rapidly growing and developing country such as Turkey, which has a high tourism potential and a strong aviation industry, we will grow and add value with it.”

According to data provided by OAG Schedules Analyser, SunExpress Deutschland operated 90 scheduled routes during 2019, 44 of which were between Germany and Turkey.

The carrier’s biggest route by capacity connected DUS with Hurghada (HRG), the leisure resort on Egypt’s Red Sea coast. More than 118,000 two-way seats were offered between the two destinations during the year. HRG also featured in seven of the airline’s top 10 routes by capacity in 2019.