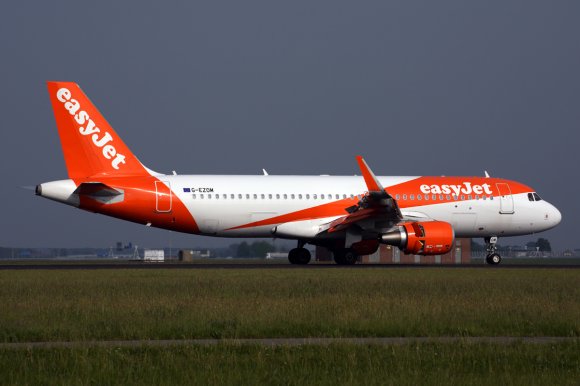 UK carrier easyJet will restore about 500 routes in July as COVID-19 travel restrictions across Europe continue to be relaxed.

The airline resumed a small number of services on June 15 for the first time since grounding its fleet at the end of March. According to analysis of data provided by OAG Schedules Analyser, the LCC is this week (w/c June 22) operating 33 routes and about 44 flights per day.

However, from July 1 easyJet’s schedule will build to around 500 daily flights across its European network, including more than 900 flights a week to and from the UK. Services will operate from 14 airports in the UK, including London Stansted (STN) and Manchester (MAN).

The airline said it plans to fly 50% of its 1,022 routes in July and 75% in August, although with a lower frequency. This will equate to approximately 30% of normal July to September capacity.

EasyJet will also resume some flying from main bases in the Netherlands and Germany for the first time, as well as on more domestic and international routes from France, Switzerland, Italy, Spain and Portugal. In addition, a new summer route is being launched from London Gatwick (LGW) to Stockholm (ARN) on July 20.

“We are really pleased to be relaunching even more of our flights from 1 July and starting to get customers away on their much-needed summer holidays,” chief commercial and strategy officer Robert Carey said.

A range of measures have been put in place to help ensure the safety and wellbeing of all passengers and crew. These include enhanced aircraft disinfection; passengers, cabin crew and ground crew will be required to wear masks; and there will also initially be no food service onboard flights.

Earlier today (June 25), easyJet finalised a rights issue to raise more than £450 million ($559 million) by placing up to 59.5 million shares, equivalent to 15% of its share capital. It said the move would bolster its cash reserves.

The airline also this week reported its financial results for the six months to Mar. 31, 2020. Total revenue increased by 1.6% to £2.38 billion, but loss before tax widened to £353 million, compared with £272 million during the same period a year ago. It said £160 million of the loss was down to hedging against fluctuations in fuel prices.

“As Europe emerges from the COVID-19 crisis, easyJet is well placed to strengthen its leading position as a trusted brand offering value for money with an industry-leading network of primary airports,” CEO Johan Lundgren said.