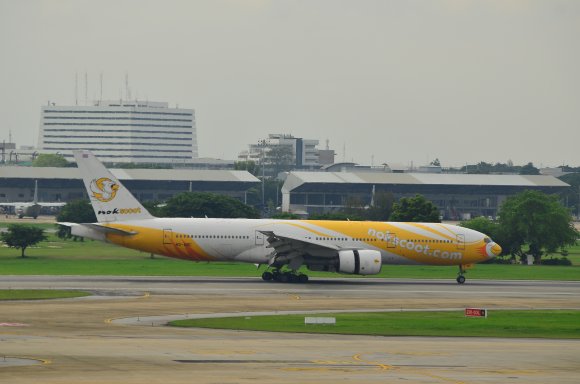 The board of NokScoot has passed a resolution to liquate the Thai long-haul LCC, making it the first airline in Southeast Asia to fold as a result of the COVID-19 disruptions.

The airline was never profitable since its inception in 2014. NokScoot’s shareholders will deliberate on the resolution within 14 days. NokScoot is a joint venture between Singapore Airlines’ (SIA) Scoot and Thailand’s Nok Air with the former holding a 49% share.

Scoot said it does not see a “path of recovery and sustainable growth” for the LCC and offered to sell its stake to Nok Air for a nominal sum of THB 1 ($0.03), but this was refused by the Thai LCC.

NokScoot’s primary business is medium- to long-haul international service, which has been severely affected by the border closure. The airline, which mounted service to Japan, Taiwan, India and China, ceased operation on March 25.

Scoot parent company SIA will record a one-off charge of S$123.6 million ($89 million) for Q1 ending 30 June 2020, comprising a S$106.9 million charge mainly due to impairment of SIA’s book value of seven Boeing 777-200 leased to NokScoot. This means that the seven 777-200 will be returned to SIA, although it is unlikely they will ever fly again as the type was one of the first to be retired from SIA’s fleet. According to Aviation Week Fleet Data Services, NokScoot operated seven 777-200 and two 737-800, with the latter coming from Nok Air.

NokScoot was one of eight LCCs that sought a $780 million loan from the Thai government, although the government has yet to approve any financial aid to the smaller airlines.