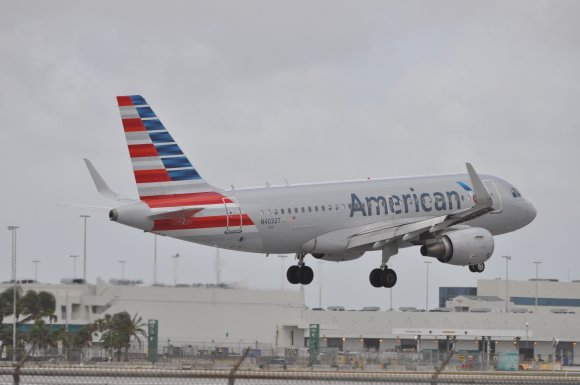 American Airlines will resume booking flights to capacity on July 1, despite mounting rates of confirmed coronavirus cases in many US states.

American was previously limiting load factors to 85%—already a high rate compared to Delta Air Lines and Southwest Airlines, both of which are capping loads at about two-thirds capacity through at least Sept. 30.

Customers flying with American on crowded flights will be notified in advance by the company’s customer service department and given an opportunity to rebook on a less crowded flight without incurring any cost. That policy is similar to United Airlines, which is the only major US carrier that did not cap loads in the cabin throughout the COVID-19 pandemic.

“The load factor cap began before we had implemented multiple layers of protection for customers, which includes clean airports and airplanes, healthy team members and requirements for customers and crew to wear face coverings,” American spokesman Ross Feinstein said in a statement. “With all of these layers of protection, we are comfortable removing the load factor cap we have had in place since April.”

The new policy will be most evident on American’s domestic flights, demand for which is coming back faster than international flights due to travel restrictions enacted in many countries. The carrier will operate 55% of its domestic schedule and 20% of its international schedule in July, compared to a year ago.

The decision by American to resume booking flights to capacity was blasted by the company’s pilots, represented by the Allied Pilots Association (APA).

“We were shocked by it. We couldn’t imagine a worse time to do that than now,” APA spokesman Dennis Tajer said. “We have hundreds of planes parked and thousands of air crews being paid salaries by American taxpayers through the CARES Act. Why wouldn’t you just add airplanes back into the schedule and maintain what was already one of the higher caps that was working?”

“This is something I would’ve expected us to talk about once therapeutics are in reach, or we are finally on the cusp of a vaccine. Now is just not the right time,” Tajer added.

The APA has proposed for the federal government to subsidize load factor caps across the industry while the pandemic persists, a plan the union says would shore up airline finances while reducing the risk of contagion aboard aircraft. Tajer said that scheme could be included in a potential “CARES Act 2.0,” a proposal backed by organized labor, but with unclear prospects in Congress

Concern about inflight social distancing has increased as the number of travelers tracked by TSA at US airports continues to rise. Nearly 634,000 people were screened at airport security checkpoints on June 28, the highest daily count since March 18, but still down 75% from the same day a year ago.

Airlines for America, the lobbying group representing the country’s largest carriers, announced June 29 that its member airlines will begin administering health acknowledgment forms to all customers during the check-in process, effective immediately. The self-check forms will require passengers to confirm they will wear face coverings in flight, assure they have not experienced COVID-19 symptoms, and verify they have not had close contact with an infected person in the last 14 days.