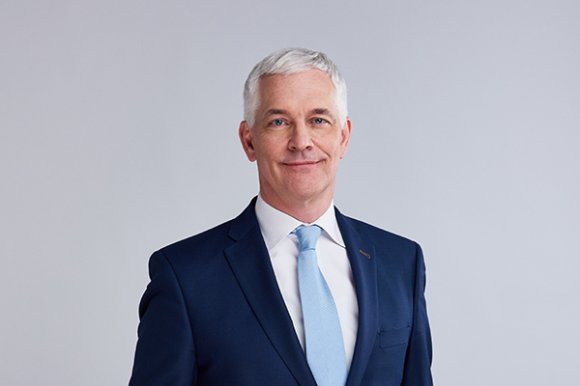 Wilco Sweijen, director of route and business development at Amsterdam Airport Schiphol (AMS), tells Routes what life is like at the hub as European travel restrictions are gradually lifted, and what challenges remain for the airport to get back to 2019 traffic levels.

How much has changed at Schiphol since we last spoke in February?

At that time everything was positive and everybody wanted to fly, and we had to disappoint some airlines here and there, but now it's the other way around. We're waiting for them to come back.

So how have those conversations with airlines been progressing?

When the situation was first happening in March, I think most of our time was spent trying to be in contact with the airlines, trying to understand how they were going to downscale, or what their plans were. Gradually that kind of moved more internal to planning scenarios and trying to understand what this would mean for Schiphol in the short term and in the long run.

And finally, of course, how our operations can cope with the new situation. We’re trying to get clarity on what is allowed, when we will be able to travel again, and how the airport can cope with that.

I think we're now in a phase that we're seeing a gradual road to recovery. Airlines are trying to come back or have been able to stay, they are now trying to see how they can get the passengers back on board in a safe way. They’re coping with what I think is the biggest challenge: that there are so many different rules and regulations per country. And that really is confusing for airlines but certainly also for the passengers when you’re trying to bring back the customer.

So there’s positivity in a sense, we are seeing traffic going up, but then again it was down so badly that the only way was up!

Have the airlines been understanding when it comes to negotiations?

Let's put it this way: the airlines have hinted that they would expect, or would have hoped for, something from the airport.

And what we wanted to do was try to come up with something that is also acceptable for our financial position. Because if we don't get any income then we won't be operating. So we had to drop a little bit but we can't give it away for free.

I think most airlines understand that they're not the only ones not generating revenue and that the airports don't have revenue either. They can’t say “you guys have to give us a free ride” because our finances are also hurt very badly.

What we’ve already done is to say we wouldn’t increase our airport charges as planned on April 1. We did not take what we were entitled to, legally, so that eased the conversation a little bit. We will also give a discount on their landing and takeoff charges to the end of the year, so there are some relief measures that we have taken.

Do you anticipate greater competition for travelers when demand picks up?

Of course, we are very slot-restricted airport. This summer there is the slot waiver, so that means airlines which already have slots at Schiphol will not lose those for next year. That puts us in a little bit of a different situation than other airports maybe.

So maybe there are slots available at this moment but there's no guarantee that you will have the slot next year, because the ones that were supposed to fly this year still have the historic rights for next year. I think that gives us a basis of slots already secured for next year.

You’re obviously a very strong hub airport—is that an advantage or a disadvantage?

I think it's a mix. One of the strong points of Schiphol is that we are a hub airport, but we are also relatively strong in the point-to-point traffic.

We have an easyJet base, we’ve got Vueling and we’ve got Transavia, which is also a point-to-point airline. So, we see that that demand is also gradually picking up. And KLM, our main airline, is very much a network airline that has been able to keep a number of intercontinental and European points in the air.

Airline passengers trying to go from one place to another still need to use Amsterdam to make their connection, so that's a positive element.

Of course, connecting times are maybe a different story now. Passengers might not be looking into that right now, but we’re really trying to find out how can they make a connection with the changes that need to be made.

What trends are you seeing in terms of driving demand return?

So far there have been some repatriation flights, or for example students going back after a long time, so it's maybe more one-way passengers.

But since the relaxation in the European Union there is a demand to go on vacation to other parts of the European market without any problems, not like in the UK where you're stuck in a two-week quarantine. At this moment there are a lot of countries that you're allowed to fly to, so you can go to Spain or Portugal. There is talk about maybe trying to get also Turkey to be more relaxed, I think the Turkish government would want to do it, but it's the next step because it's outside of the EU.

At this moment we are seeing more and more flights being served so there is growth coming back.

How much pressure are the new rules and regulations going to put on connections and turnaround times?

In a perfect world an airline, let’s say Delta or KLM, would arrive from the States and they would be able to offer a 45-50 minute-connection to various points in the European market.

In point-to-point traffic, we haven't really seen a big change from airlines saying they need longer to turnaround. Transavia start their flights from Amsterdam so the aircraft is already cleaned up before they go. There's also less catering on board, of course, so that helps the turnaround times.

We haven't really seen yet what the consequences might be, once traffic really picks up. It might be expected that it’s more difficult to get a quicker turnaround.

Within the European market you have contact with your colleagues, of course, and talking to partners we have a stake in or have a close relationship with like Aruba, Brisbane and New York (JFK Terminal 4) is much easier.

We have already had about three or four different calls with all airports in the Royal Schiphol Group, being really frank and open on what the challenges are, and what they're doing. That could be from an aviation marketing perspective, so real route development. But it could also be which projects have stopped or are still going, or what the government is doing to help.

That gives pretty good insights on the situation. Each airport is so different, but it's always good to see that something that we find very normal can be very different in another country or another airport.

We've heard also various calls with Brisbane Airport on the route development activities, just to see what's happening there and what can we learn from each other. And, yeah, that was it. That's pretty good. And also at the regional airports in the Netherlands, so with Eindhoven and Rotterdam.

I know this is a tough question, but when do you see things getting back to 2019 levels?

There will be recovery next year, but I think it's not going to be the same as it was in 2019. You have got the quarantines, and you can't go to China without any problems—and that will not go away overnight.

It's going to be a gradual recovery, so it's one or two years, if we’re lucky.