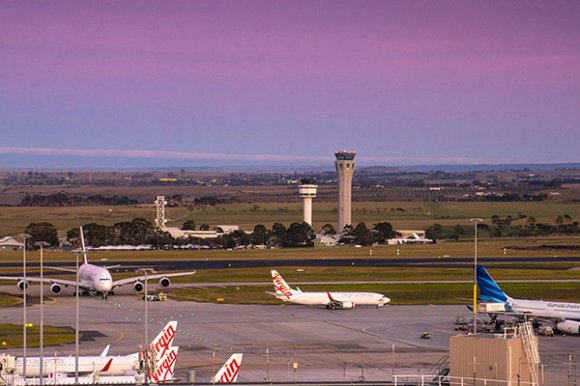 Flights between Sydney (SYD) and Melbourne (MEL), the world’s second busiest route in 2019 by number of departures, are to be scaled back following a spike in the number of coronavirus cases.

The border between Victoria and New South Wales (NSW), Australia’s two most populous states, will close from 11.59 p.m. on July 7, prompting Qantas, Jetstar and Virgin Australia to cut services.

It follows the largest single-day increase of COVID-19 cases in Victoria—where Melbourne is the state capital—since the pandemic began after 127 new cases were recorded on Monday (July 6). The closure will restrict travel to permit holders.

The closure is expected to spark a wave of flight cancellations, with the route between SYD and MEL expected to be most impacted. Other routes will also be affected, including flights from MEL to Ballina (BNK) and Newcastle Williamtown (NTL).

A statement released by Qantas said: “Qantas and Jetstar are significantly reducing flights to and from Melbourne following the decision to close the New South Wales border. We’ll continue to operate limited flights for essential travel only.”

The reduced schedule is set to operate for the rest of July.

Virgin Australia also said it would review its schedule in light of the border closure and would contact passengers directly if there is any change.

The renewed travel restrictions come as a blow to Australian airlines’ attempts to restore their domestic networks following the coronavirus shutdown.

Qantas planned to restore 40% of its pre-crisis domestic flying during July, up from 5% across April and May. CEO Alan Joyce has already admitted that it might take a year for international services to resume in any meaningful way.

“There’ll be nothing this next financial year; July next year we may start seeing some international services and that will only get us to 50%,” he said in June. “The following year, only two-thirds of the pre-COVID international schedule.”

According to analysis of OAG Schedules Analyser data, the route between SYD and MEL was the second busiest in the world during 2019 in terms of flight departures. There were 54,521 flights between the destinations during the year, behind only the runaway leader Seoul Gimpo (GMP)-Jeju (CJU) with more than 85,000.