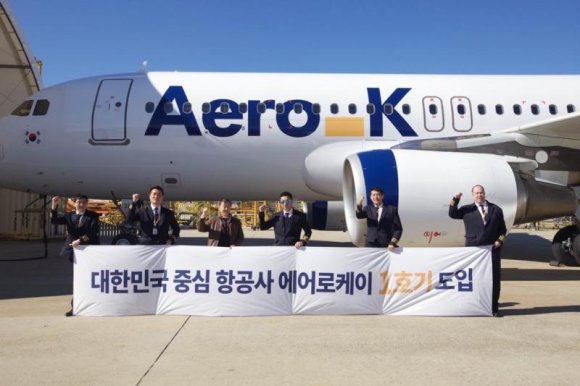 "Approval flights have just started a few days ago and will take us into the next two weeks,” INTRO Aviation MD Peter Oncken told Aviation Week Network in an exclusive interview. “Once the AOC has been granted, we can start ticket sales and approximately two weeks later we will be starting operations with the domestic route between our home base Cheongju and Jeju.”

Germany-based INTRO has supported the launch of the Aero-K project as a seed-investor since 2016, advising management in the set-up of the airline. Today INTRO holds a minor percentage of the shares in Aero-K; the majority are owned by South Korean institutional investors.

CJJ, just over 100 km southeast of Seoul, will serve as Aero-K’s homebase. "Cheongju's airport offers much lower costs [than Seoul], 24-hour operations and we will have a dedicated cooperation with the airport and the region," Oncken said. A dedicated terminal is also planned at a later stage.

"By the end of this year we will then add Japan, China and Taiwan into our core network," Oncken said. The LCC is targeting routes which are underserved.

Data from OAG Schedules Analyser shows that in 2019, almost 80% of the departure seats from CJJ were to Jeju International (CJU). Osaka Kansai (KIX) and Taiwan Taoyuan (TPE) followed accounting for 5.85% and 4.07% of departure seats respectively.

"We know there is a lot of competition in South Korea, but not all of them are financially very healthy. Several legacy carriers have problems and I expect that there will be consolidation in the market. Some carriers will disappear, others will be taken over,” Oncken said.

“Overall the market growth in the region post-COVID-19 will remain exceptionally high and we want to take the competitive lead in the regional market over the next few years."

Asked what benefits Aero-K will have compared to other carriers, Oncken explained that the LCC will start from a clean sheet of paper. "We have no legacies, the company is well-capitalized, and it will start consistently as an LCC in the market," he said.

"Also, Aero-K offers a completely different strategy, strongly focused on cost efficiency, safety and training and will consistently apply modern and digital processes,” Oncken said. The company will operate according to EASA/FAA standards.

Aero-K will start operations with three 180-seater Airbus A320-200 and the number of aircraft should consistently rise, reaching 20 by 2025.

"Our first aircraft are leased and second-hand, which gives us as a start-up cost advantage vis-à-vis new aircraft. Eventually we will be in the position to integrate new A320s and possibly A321s—depending on network evolution," Oncken added.