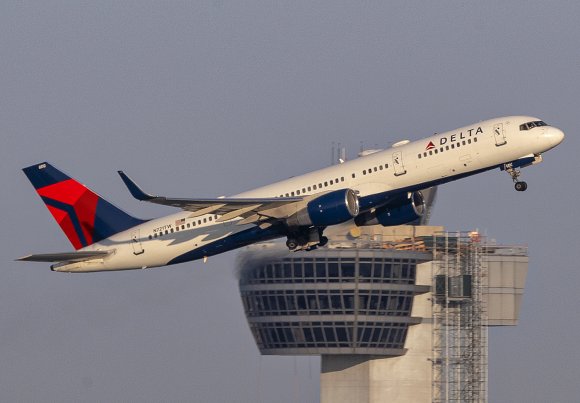 US airlines are pushing ahead with plans to ramp up capacity this summer even as the COVID-19 pandemic continues to be a major problem in many parts of the country, as competition heats up over a modest rebound in domestic travel demand.

Some analysts, however, are wary that schedule growth may outpace gains in demand, particularly if confirmed cases of COVID-19 continue to surge across the country.

Vertical Research Partners analyst Darryl Genovesi said in a July 2 investor note that domestic industry capacity for July and August is on track to fall by less than 50% from a year ago. At the same time, he expects industry revenues to decline by an additional 20 percentage points beyond that amount, suggesting carriers may be getting ahead of themselves by ramping up schedules faster than demand would justify.

“Airlines have announced intentions to put capacity back into the system faster than we’d like, and there has been somewhat of a domino effect with each airline’s add-back announcement seemingly intended to outdo the previous one,” Genovesi said.

Bloomberg analyst George Ferguson estimated on July 1 that American Airlines, Delta Air Lines and United Airlines will add a combined 1.9 million seats during the first two weeks of July, increasing capacity by 27% from June’s final week. As a result, he predicted average industry load factors will drop below 50%, hindering profitability but offering relief for passengers concerned about flying on crowded planes during the pandemic.

American, which has been adding back flights at a faster pace than its peers, will keep capacity flat in August from July, when it plans to operate 55% of last year’s domestic schedule. Delta and United, on the other hand, are both trying to make up for lost ground; the former plans to reach between 55% and 60% of domestic capacity in August, while the latter is targeting 48%. Southwest, with almost no exposure to international flying, plans to hit 60-75% of year-ago flying levels in July, and flat capacity by year end.

Genovesi from Vertical Research Partners is hopeful that carriers will take steps to de-escalate their capacity growth heading into the fall, citing recent remarks from Delta CEO Ed Bastian indicating plans to “take a strategic pause” in September to assess demand trends, after adding back 1,000 daily departures in both July and August.

Daily traffic throughput tracked by TSA rose above 700,000 people for the first time since mid-March on July 2, a feat repeated on July 3 and July 5. Still, Genovesi observed that growth in gross ticket sales at US travel agencies was mostly flat during the week ended June 28 from the prior two weeks, a sign he said that may signal a coming “pause” as people react to rising numbers of confirmed COVID-19 cases in many states.

“While we don’t expect recovery to be a straight line back, the consistency between the news of COVID cases re-accelerating and the pause in ticketing trends is noteworthy, even if intuitive,” Genovesi said.