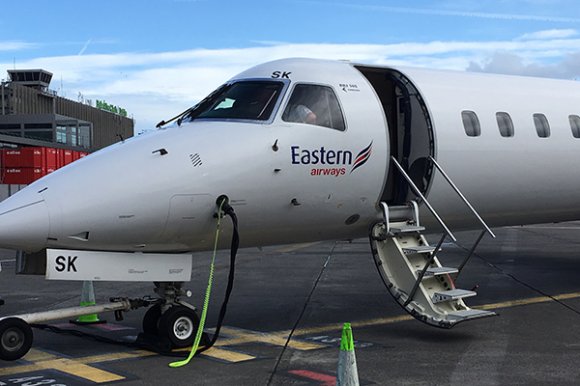 United Airlines operated more than 750,000 seats to and from Israel in 2019—nearly 500,000 more than Delta Air Lines, the only other US carrier to serve the country—and the Star Alliance member is planning to further expand its operations there.

In addition, the airline plans to increase its current EWR-TLV service from daily to 10X-weekly in August, while SFO-TLV returns to its network today (July 8) having been suspended because of the COVID-19 pandemic. IAD-TLV is expected to return in October.

According to data provided by Sabre Market Intelligence, O&D traffic between Chicago and Israel totaled 109,000 two-way passengers in 2019, up 10% on the previous 12 months. All traffic between the destinations was indirect. El Al planned to resume ORD-TLV in March 2020 after a gap of more than a decade, but the launch was postponed because of the COVID-19 pandemic.

UK-based carrier Eastern Airways is to launch a new route next month that was previously operated by Flybe until it ceased operations in March this year. The airline will link Southampton Airport (SOU) on the south coast of England with Ireland’s capital Dublin (DUB) from Aug. 17.

There will initially be one daily round-trip using 72-seat ATR72-600 aircraft. However, Eastern said the frequency would increase as demand returns to the market following COVID-19 travel restrictions.

“We are beginning to help increase accessibility to Southampton as we have already reintroduced a number of other routes from the airport, increasing frequency and will also add further new services as we establish a five aircraft base,” Eastern general manager of commercial and operations Roger Hage said.

The new route will expand the number of services Eastern operates from SOU to seven. Prior to its insolvency, Eastern’s former franchise partner Flybe operated flights from SOU to DUB three times per day using De Havilland Canada DHC-8s.

Japan Airlines (JAL) has reinstated service to Singapore (SIN) as it continues to restore its international network. The airline suspended flights to SIN from Tokyo Narita (NRT) in late March and from Tokyo Haneda (HND) in April because of the COVID-19 crisis.

However, service between NRT and SIN resumed on July 3 with JAL operating 3X-weekly flights to SIN on Wednesdays, Fridays and Sundays, and 2X-weekly to NRT on Wednesdays and Saturdays. JAL will operate the route on board Boeing 777-300ER aircraft. Prior to the coronavirus pandemic, the airline flew 2X-daily to SIN from HND and 1X-daily from NRT using Boeing 777-200s.