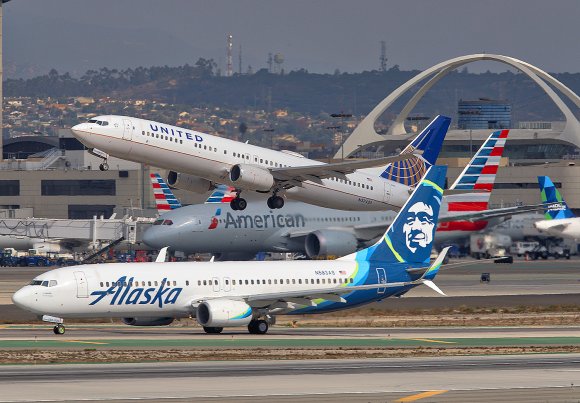 Five more US airlines agreed to tentative terms granting them access to an airline loan program set up by the US Treasury as part of the CARES Act stimulus law.

The five airlines that signed letters of intent (LOI) with the Treasury on July 7 include many of the country’s largest carriers: Alaska Airlines, Delta Air Lines, JetBlue Airways, Southwest Airlines and United Airlines.

The announcement comes less than a week after the Treasury agreed to terms with five other carriers: American Airlines, Frontier Airlines, Hawaiian Airlines, SkyWest Airlines and Spirit Airlines.

“Treasury’s authority under the CARES Act to provide up to $25 billion in liquidity to passenger air carriers and related businesses will help preserve America’s aviation industry while also protecting taxpayers,” Treasury Secretary Steven Mnuchin said in a statement. “We look forward to working with the airlines to finalize agreements and provide the airlines the ability to access these loans if they so choose.”

The agreements relate to a $25 billion pot of loans earmarked for passenger airlines as part of the CARES Act. The law’s other $25 billion tranche of financing for passenger carriers—consisting of payroll support intended solely for employee pay and benefits—has mostly all been distributed.

The terms of the latest deals are tentative, and will need to be finalized prior to disbursement of the loans. Critically, approved airlines will have until Sept. 30 to decide whether to access the funds. They will also have to post collateral in the form of warrants, equity stakes or senior debt instruments, although it is not yet clear what the terms of that arrangement will look like.

The Treasury did not disclose the loan amounts in its announcement, although most of the airlines have separately reported the amounts they applied for in filings with the Securities and Exchange Committee (SEC).

American Airlines applied for the largest loan among all carriers, worth $4.75 billion, followed by Delta ($4.6 billion), United ($4.5 billion), Southwest ($2.8 billion), JetBlue ($1.4 billion), Alaska ($1.1 billion), Spirit ($741 million), SkyWest ($497 million) and Hawaiian ($364 million). A spokesperson for privately owned Frontier Airlines, which does not file market updates with the SEC, did not immediately respond to a request for comment.