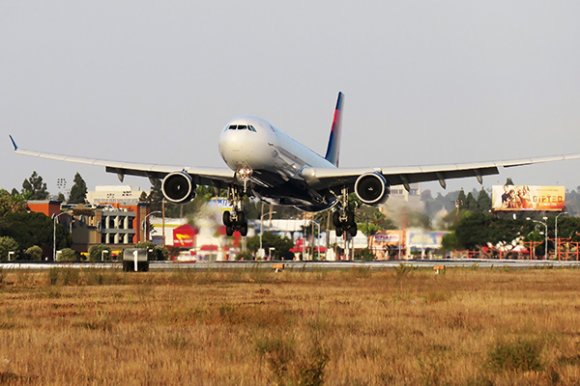 The total number of scheduled seats offered by airlines around the world is on course to break the 50 million barrier next week—the first time the figure will have been achieved in more than three months.

According to analysis of the latest schedules data provided by OAG Schedules Analyser, there will be around 55.56 million available seats during w/c July 13, an increase of 12.1% on the current seven-days.

Although capacity has been creeping higher in recent weeks—rising to 48.2 million seats during the last week of June and 49.6 million in the first week of July—there have not been more than 50 million seats offered since late March as the COVID-19 crisis escalated.

Should schedules operate as planned next week, the market will be 47% of the size it was during the same week in 2019 when 118.9 million seats were available globally.

OAG data reveals that domestic routes will account for about 42.7 million seats over the coming week, with 12.9 million offered on international services. This compares with 68.5 million domestic seats and 50.4 million international weekly seats at the same point last year.

The statistics show that domestic capacity has therefore returned to about 62% of pre-coronavirus levels. International capacity is lagging on 26% as border restrictions, quarantine measures and lower demand continues to affect the speed that routes and frequencies resume.

Many governments have adopted a cautious approach in easing restrictions as the threat of a second wave of COVID-19 cases remains a worry. Domestic travel therefore is being encouraged first, while international long-haul travel facing a more protracted recovery.

The countries driving much of the domestic growth are unsurprisingly some of the world’s biggest markets, led by China and the US. Capacity within China has hovered around the 12 million mark for the past six weeks, but OAG figures suggest a 16% surge next week to 14.46 million.

In the US, the number of available domestic seats next week looks set to grow to 10.97 million, up from 10.6 million during the current seven days. The figure is a sharp increase from the beginning of June when there were 5.8 million domestic seats.

Other domestic markets like Spain, India and Brazil are also set for double digit growth over the coming week, with rises of 22%, 18% and 14% expected.