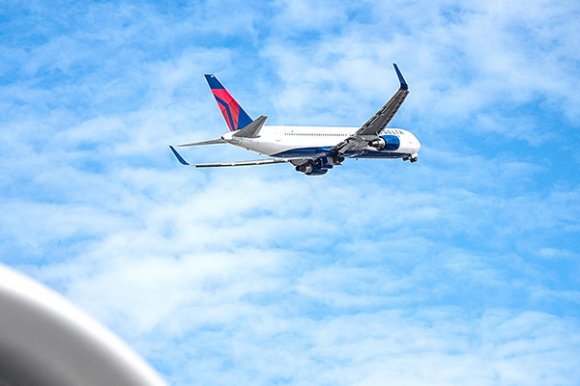 Delta Air Lines and LATAM Airlines Group have been given the green light by the US Department of Transportation (DOT) to operate codeshare routes between the US and Chile.

“These new codeshare services will create substantial benefits for passengers traveling between the United States and Chile, and will enable Delta and LATAM Airlines to offer a more integrated experience for customers and market their services more effectively,” the application said at the time.

The DOT has now granted the request, subject to a number of conditions. The conditions include that Delta or LATAM must notify the department at least 30 days before starting a codeshare route and that “all applicable agreements” must be in place between the US and any third countries involved.

Delta completed its acquisition of a 20% stake in Chile’s LATAM in late December, with codesharing since launching between Delta and LATAM’s affiliates in Colombia, Ecuador and Peru. Prior to the COVID-19 outbreak, the airlines said the agreements would provide passengers increased connectivity on up to 74 onward routes in the US and up to 51 onward routes in South America.

The codeshare approval comes as the two airlines continue to progress their long-planned joint venture (JV). An application was submitted earlier this week to the DOT requesting antitrust immunity for a comprehensive metal neutral JV to combine networks and operate a “fully integrated” international partnership between North and South America.

Delta and LATAM said the JV would be “pro-competitive” and “pro-consumer” and would allow the airlines to offer a more attractive and complete network across the Americas. It will cover services between the US and Canada, as well as certain countries in South America.

The application added that the JV would “create a more effective Latin network competitor to American Airlines, United Airlines, and their Latin American carrier partners, generating procompetitive benefits in the form of new and enhanced service, more convenient connections, and superior product offerings that will flow directly to consumers.”

“The Delta/LATAM JV will also enhance Delta’s ability to access many new destinations within South America through access to LATAM’s hubs and positions in key South American gateways such as São Paulo, Santiago, Lima, and Bogotá,” the application said.

“In addition, forming a joint venture with LATAM will allow Delta to launch a significant expansion of its services at Miami, providing a direct competitive challenge to American Airlines at this key US gateway for South America services.”

Delta and LATAM admitted that they were applying for the JV at an “extraordinary time” given the COVID-19 pandemic has had “a devastating economic impact on the airline industry.”

Delta, meanwhile, has begun to see some increases in passenger volumes and has plans to add approximately 2,000 flights back into its schedule in July and August. However, it still expects overall demand this summer to be only 25% of what the carrier experienced in the same period of 2019.

The applicants said that when demand conditions return to pre-pandemic levels, the incentives of the JV would enable the airlines to offer “seamless metal-neutral service in over 7,000 city-pairs, including new or expanded service on at least 18 nonstop routes.”