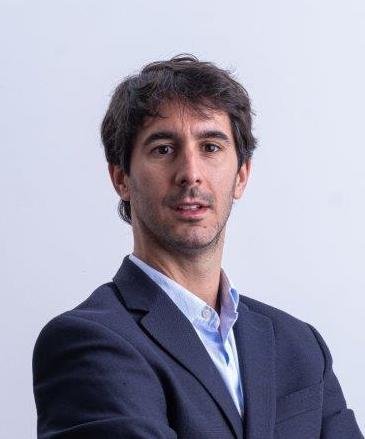 João Pita, Head of Airline Business at GRU Airport – São Paulo International Airport, speaks to Routes about how South America’s largest airport sees networks recovering from the coronavirus and what airline business models can flourish in the “new normal.”

How are things shaping up in Brazil for the future?

We are suffering, as all the airports are worldwide. But there are some very positive signs. GOL has had a major investor call in New York; it was very good because they are planning to consolidate around their hubs, especially Guarulhos.

From October they are targeting all the markets that they used to fly, and in December aim to reach close to 80% of the capacity last year. That would be a terrific level, and if that is the case for the GOL network in general, it should be higher in Guarulhos.

I'm not saying that we'll get to the end of the year with 80% of our pre-COVID capacity, because of course GOL is just one of the carriers and others seem to be less aggressive in terms of the capacity.

What are the strengths in Brazil’s market which will help to drive recovery?

The face of the recovery will be very different from one airport to the next, but I think if you have a strong domestic network you will recover faster than other airports.

Domestic is always easier than international. We already have a low number of trips per inhabitant and we have a lot of concentration in Sao Paulo when we compare ourselves to other countries.

About 40% of the demand of Brazil is to/from Sao Paulo and this doesn't have any match in, let's say, China, India or the US, so the concentration is high. When you focus on one or two hubs you tend to connect much more so what we will see in the future is a much higher share of connecting passengers via the hubs, so it's not 70/30 or 65/35 but 50/50 or even more transfer traffic coming into and out of Guarulhos.

I think that is a change in the way that airlines are seeing hubs and perhaps even doing a deeper consolidation, like the US style or European style, compared to what they were doing before here on the domestic. International is a completely different beast and we see that the international recovery is much more challenging for that reason.

How about your different traveler markets?

Brazil is a small inbound tourism market. You have 6.5 million international tourists coming to Brazil each year, so of course we are exposed to the demand issues, but we have a bigger outbound tourist market.

For instance, in Sao Paulo we have almost 70% of the International traffic being from Brazilians, so as soon as Brazilians are welcome in North America and Europe I can foresee a significant return on Brazilians trying to get to those places. The point of sale here plays a role. Brazilians tend to be comfortable when they go to Europe or the US, even in terms of health conditions etc.

The second thing is also about the region. When you look at the main airlines in the world, especially the US carriers and the European carriers, they most likely fly to South America. It's almost unimaginable that Alitalia will drop all the flights to South America. So then the question is where to target in South America, and that might be one of the advantages of our airport.

If you have a strong domestic network and you’re already the main local demand market, it might make sense for the carriers to start to fly into Sao Paolo and then rely on their domestic or local partners to connect, not only to Brazil but to South America; let's say Buenos Aires (EZE), Montevideo (MVD) or Asunción (ASU).

Buenos Aires is the fourth-largest airport connecting traffic to European markets. So, after Sao Paolo you have Rio (GIG), Curitiba (CWB) and Buenos Aires, so it's where the size is right in our main markets to connect to Europe.

So, again, yes we will suffer, but our return might be helped because we are in Brazil.

What airline business models do you think can flourish post-COVID-19?

I think the hub concept for the carriers that we have in Brazil is crucial for their survival. If GOL fly point to point, they won't survive. Azul I think is the best example of what hubs can do—it's not in Guarulhos but what they have built it in Campinas (VCP) is a success story.

I think LATAM and GOL need to do the same thing here in Guarulhos and that will be key for their survival; but for that they need to have enough gates, enough buses and enough infrastructure so that they can be as efficient as possible.

Of course, the situation in South America is not good, in Europe it’s not good; I think it's not good anywhere in the world. But it’s also a time full of opportunities. Azul and LATAM are codesharing in the domestic Brazilian market, so we have two-and-a-half carriers competing; not three anymore.

There’s definitely room for competition, room for someone that wants to be disruptive, that wants to come and change the game. We have 50-55 domestic routes from Guarulhos; for a country of the size of Brazil that is actually nothing, so we need to increase the city pairs. We need to increase the way that we can target other places in Brazil so that we bring more people into the aviation system.

And this might be a good time because there is no Avianca Brazil anymore. LATAM and GOL are codesharing, it's only 50 routes for now but who knows that the future will look like? It's a time that new carriers can come in and convert a very big market like Brazil.

To help attract those carriers, are you considering any additional incentives or support?

We need to see this as a whole and airlines in Brazil are about to receive significant support from the government. We have slot waivers and alleviation of monitoring of slots for summer, and hopefully also for the winter.

We have of course parking conditions in Guarulhos for instance, and GOL is using American Airlines’ MRO parking so that they can park the aircraft. Mostly I think you need to give the right conditions to the carriers so that they can mitigate their risk.

It's not only the incentives but how you can minimize your risk. For instance, when I'm closing one terminal, the VIP lounges there cannot pay their lease agreements because the terminal is closed, so we are helping the carriers by minimizing their costs. There are lots of things we are doing together with carriers that go beyond incentives. They might be an important piece, but they are just one element.

So, do you think there’s an opportunity for us all to work better together as an industry?

Moments of crisis are lands of opportunity, but also moments where sometimes people are not able to look for compromises because they believe that they need to get everything that they want: saying “it’s my way or no way.”

First, we need to have the common rules for sanitation so we can increase the level of confidence of the passenger and avoid quarantines.