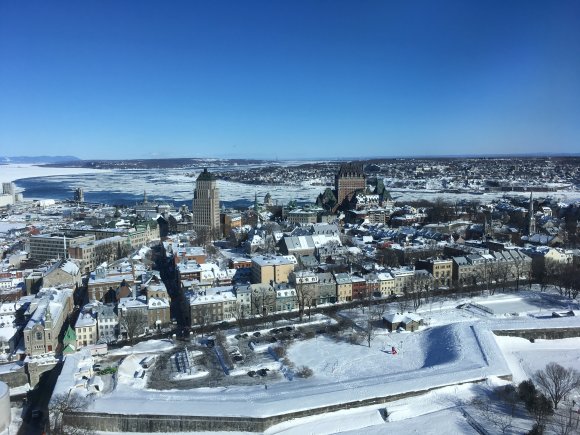 A cooperative is aiming to launch a new regional airline in Quebec called Treq, which it says will fill a gap in the market following Air Canada’s withdrawal from several regional routes.

The new carrier's mission would be to serve the various regions of Quebec while ensuring the supply of low-cost tickets. It has already identified a potential network of about 19 regional domestic routes, with Montreal (YUL) and Quebec (YQB) earmarked as hubs.

The cooperative hopes to raise $66 million to fund the new venture and plans to own a fleet of up to five 78-seat Q400 aircraft. It expects to be operating services by 2021.

Serge Larivière, president of Mont-Tremblant Airport (YTM), is a founding member of the cooperative. He claimed the private business model is failing Quebec, saying the province is "last in class" in terms of regional air transport in North America.

To highlight this, he pointed to Air Canada’s recent decision to suspend 30 domestic routes and close eight stations, four of which are in Quebec.

The Star Alliance member announced the cancellation of the routes in late June, with all 30 operated by regional partner and Chorus Aviation subsidiary Jazz Aviation under a capacity-purchase agreement.

A statement from Treq said: “The model of private for-profit transportation companies does not seem to work for our regions. The responsibility of these organizations lies with their shareholders and not the population of the regions.

“The cooperative model is based on a corporate mission other than making profits. Our mission would be above all to serve the citizens of the regions, to contribute to their economic development and to ensure affordable access to regional and international tourists.

“More than ever, the regions are aware of the problem with the current air transport model and want a long-term strategic solution.”

Treq believes there is enough passenger demand in Quebec to sustain more regional routes. As an example, it said Timmins in Ontario and Rouyn-Noranda in Quebec both have similar populations of about 40,000, with similar socio-economic conditions. They are also located an equal distance from their respective provincial metropolises, Toronto and Montreal.

However, Treq claimed that Timmins (YTS) has three times more regional passengers than Rouyn-Noranda (YUY) because air fares in Quebec are high and connectivity is poor.

“Aircraft have already been secured and could be put into operation in the coming weeks to ensure that in the short-term no region is left without air service,” Treq added.

“The coming months will be dedicated to properly structuring the cooperative to be in full operation in 2021.”

Treq joins OWG as the second Quebec-based airline start-up to be announced in as many weeks. Nolinor Aviation is behind OWG, which received authorization from Canada’s Minister of Transport on July 6 to begin international services.

OWG will operate three 158-seat Boeing 737-400s, which were acquired earlier this year and are being refurbished at a cost of “several millions of dollars.” The airline is yet to confirm its route network but intends to fly to warm-weather destinations in the Caribbean.