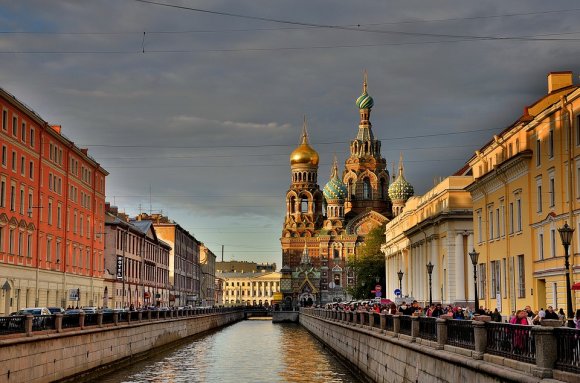 Wizz Air is to station a second Airbus A320 at St Petersburg’s Pulkovo Airport (LED) later this year and launch five new routes to destinations in Italy.

The flights will be performed under the seventh freedom traffic rights regime, which allows an airline to commence commercial services between two foreign countries without touching its home country. LED became the first airport in Russia to receive seventh freedom rights in January.

“Just one month after announcing our first Russian base, today we are delighted to announce further expansion of our local network by adding the second Airbus A320 aircraft to base in Saint Petersburg from December 2020,” Wizz CCO George Michalopoulos said.

“We remain committed to Russia and to providing exciting new travel opportunities to the most attractive destinations across Europe.”

Leonid Sergeev, CEO of Northern Capital Gateway, operator of Pulkovo Airport, added: “This will undoubtedly make travel from St Petersburg even more affordable and comfortable. All of the announced Italian cities will be new for the schedule of the Pulkovo Airport.”

Wizz announced in June is intention to station one Airbus A320 at LED from Sept. 1 and begin five new routes to five countries.

That aircraft will serve Salzburg (SZG) from Sept. 18, with flights to Oslo (OLS), Copenhagen (CPH), Stockholm Skavsta (NYO) and Malta (MLA) beginning a day later. SZG and CPH will be 4X-weekly, while the other three will be served three times per week.

Prior to the COVID-19 pandemic, Wizz operated daily scheduled flights from LED to Budapest (BUD) and London Luton (LTN).

According to data provided by OAG Schedules Analyser, LED was connected to three destinations in Italy before the outbreak of the virus, with Aeroflot flying to Milan Malpensa (MXP) and Rome Fiumicino (FCO), with S7 Airlines serving Verona (VRN). All three routes were suspended in March.

The latest OAG schedules shows Aeroflot intends to resume MXP and FCO flights in August, as well as opening a seasonal service to Rimini (RMI).

Of Wizz’s planned new routes from LED to Italy, flights to BGY will be daily starting on Dec. 14. LED-TSF will be 3X-weekly, starting on the same day, while LED-BLQ will be 2X-weekly from Dec. 17. Service to TRN starts on Dec. 19 and will be 1X-weekly, with a 2X-weekly service to CTA beginning on Mar. 30, 2021.