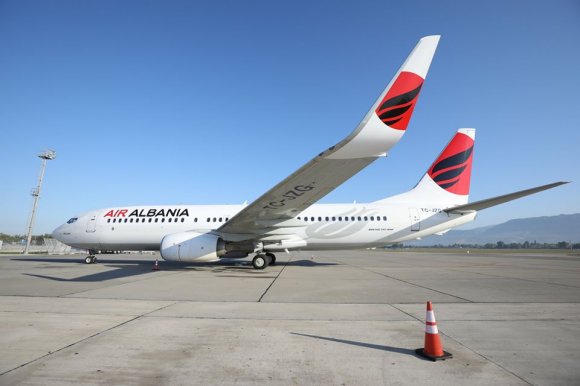 From Aug. 3, SkyTeam alliance member KLM will begin flying from Amsterdam (AMS) to Cork, Ireland’s second-largest city. Flights will be operated with Embraer 175 aircraft, with a capacity of 88 passengers. The route, which will be served daily, was originally intended to open in March but plans were put on hold because of the COVID-19 outbreak. It is unclear whether Ireland’s contentious 14-day quarantine requirement for incoming visitors will still be in place by the time the new service starts.

The launch will come as a welcome boost for inbound and outbound tourism for Cork and the greater Munster region, offering connectivity to KLM’s extensive network of destinations worldwide. It will become the second service from Cork (ORK) offered by the Air France-KLM Group after Air France began Paris Charles de Gaulle (CDG) flights in May 2018.

Air France had intended to take the ORK-CGD route to double-daily this summer, but the coronavirus pandemic put a stop to the plans. The route is currently being serviced 2X-weekly, rising to 3X-weekly next week (w/c July 20) and 4X-weekly by the end of the month.

KLM will compete with oneworld member Aer Lingus, which offered a 12X-weekly Airbus A320 service prior to the coronavirus crisis. Aer Lingus has maintained connectivity during the outbreak by providing 2X-weekly services and the latest schedules show fights will increase to 6X-weekly from next week.

WestJet halted all international flights in late March, initially until early May before extending the suspension until June. Transborder flights resumed in late June with the carrier’s first transatlantic services since the COVID-19 crisis escalated set to begin next month.

The airline will resume flights from Calgary (YYC) to London Gatwick (LGW) on Aug. 20, followed by YYC-Paris Charles de Gaulle (CDG) on Aug. 29. The routes will operate 3X-weekly and 2X-weekly respectively. London is an important destination on WestJet’s international route map and it is unsurprising that it is seeking to quickly regain a foothold in this lucrative market—and get its Boeing 787-9s back in the air again.

Prior to the COVID-19 outbreak, the airline served LGW nonstop from Toronto (YYZ) and YYC year-round using 787-9s. Vancouver (YVR) and Halifax Stanfield (YHZ) operated seasonally during the summer months, while limited service was provided from Edmonton (YEG) and Winnipeg (YWG) in 2019, although neither were scheduled to return in 2020.

From July 15 through Sept. 4, WestJet will increase domestic frequencies and offer operations to 48 destinations including 39 in Canada, five in the US, two in Europe, one in the Caribbean, and one in Mexico. The August schedule reflects approximately a 10% increase in flying from July, but a decrease of 75% less flying from August 2019.

Air Albania is launching its first route to the UK later this month, with flights between Tirana (TIA) and London Stansted (STN). From July 26, Airbus A319 aircraft will operate this route 1X-weekly on Sundays. The planned launch of the service comes two months after the carrier, which is 49% owned by Turkish Airlines, received its Third Country Operator (TCO) certificate from EASA.

According to the latest data published by OAG Schedules Analyser, Air Albania will become the fifth operator of flights between the two capitals on a city-pair basis. During w/c July 27, low-cost carrier Albawings is scheduled to fly TIA-SNT 3X-weekly using Boeing 737 aircraft, while Wizz Air will provide a 5X-weekly Airbus A321 service from London Luton (LTN), and easyJet a 3X-weekly Airbus A320 service from London Gatwick (LGW).

Prior to the COVID-19 crisis, British Airways served TIA from LGW, but is now operating the route from London Heathrow (LHR). It is currently offering a 2X-weekly Airbus A321neo service, rising to 3X-weekly by the end of July.

The number of available seats between Tirana and London has surged in recent years, boosted by expansions from Wizz Air and British Airways. Scheduled capacity has increased from 69,144 two-way seats in 2015 to 251,074 seats last year.