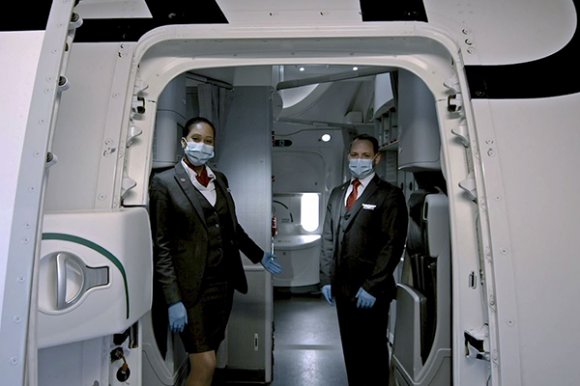 Air Canada has released a letter addressed to Canadian transport minister Marc Garneau and health minister Patty Hajdu, urging the government to “consider a science-based approach” to lifting coronavirus restrictions, arguing the current regulations have largely been unchanged since mid-March.

The call comes two weeks after the government extended its ban on most foreign travelers visiting the country until at least July 31 and increased mandatory 14-day quarantine measures until the end of August. Any foreign national arriving in Canada must meet specific exemption requirements before they are able to enter which are outlined in the government’s orders banning non-essential travel.

In addition, the Canada-US border will remain closed to all non-essential traffic until at least Aug. 21. The decision to extend the ban for another month was announced by Prime Minister Justin Trudeau earlier this week following discussions with US President Donald Trump.

Air Canada has not proposed relaxing the US border restrictions but has urged the government to follow the lead of other countries that have implemented “practical, evidence-based approaches to travel by minimizing the risk of COVID-19 exposure.”

The Star Alliance member’s chief medical officer Dr Jim Chung said ministers should consider exempting travelers from low-risk countries “on the basis that these countries would pose no greater risk to Canadians than inter-provincial travel.”

Some countries in Europe, including the UK, France and Germany, have adopted a similar approach and introduced “travel corridor exemptions” where travellers are not required to self-isolate upon arrival.

If Canada adopts such a measure, Air Canada would be able to hasten the rebuild of its international network, resuming suspended routes and adding frequencies to existing services.

This is not the first time the airline has pushed for the Canadian government to rethink COVID-19-related travel restrictions. Speaking on an Aviation Week Network webinar on June 11, CEO Calin Rovinescu called the protocols “disproportionate” and “stifling.”

“This is a total cold shower on building any kind of aviation business,” he said.

Despite the strict measures remaining in place, data provided by OAG Schedules Analyser shows that capacity is slowly returning to Canada’s market.

The number of weekly departure seats is set to grow by almost a third by the end of July, rising from about 530,000 during the current seven days (w/c July 13) to 690,000 by the last week of the month.

The market is now nearly a quarter of the size it was a year ago when 2.27 million departure seats were available. It had shrunk by 90% at the height of the COVID-19 crisis in May compared with 2019 levels.

OAG data shows that Air Canada is this week operating 263,000 seats, a figure broadly unchanged since late June. About 70% of its capacity is on domestic routes.

Of its international services, the carrier is flying to 37 destinations across 51 routes. Twenty of these routes are to points in the US, despite the border restrictions.

More international destinations are also expected to resume in August, with service to mainland China slated to restart on Aug. 7 when it will operate a Vancouver (YVR)-Seoul Incheon (ICN)-Shanghai Pudong (PVG) routing once weekly.

Meanwhile, Calgary-based WestJet is also planning capacity growth over the coming weeks, with a 10% increase in August from July. The carrier, which cut capacity by as much as 95% in May, plans to operate more than 200 daily flights to 48 destinations across North America, the Caribbean, Mexico and Europe.

“With the many safeguards and procedures in place, we are certain Canadians can safely resume travel to destinations across our network," WestJet CCO Arved von zur Muehlen said.

"We continue to adapt our schedule to meet the needs of our guests and through our continued investments economies can begin to recover with the support of domestic tourism driven by air travel."