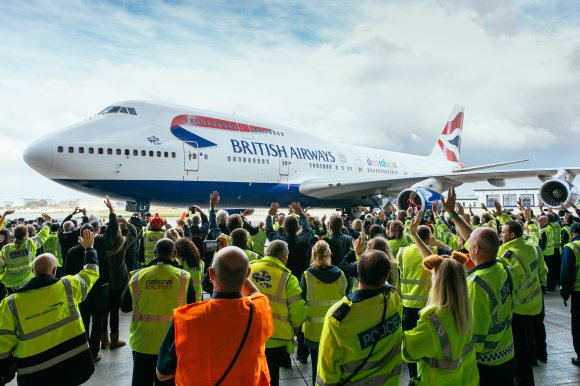 British Airways is to immediately retire its entire fleet of Boeing 747 passenger aircraft due to falling demand in the wake of the coronavirus crisis.

The oneworld alliance member is the world's largest operator of the 747-400 jumbo jet, with 31 in the fleet. It had planned on retiring the aircraft in 2024 but has brought forward the date because of the pandemic.

“It is with great sadness that we can confirm we are proposing to retire our entire 747 fleet with immediate effect,” a statement from BA said.

“It is unlikely our magnificent 'queen of the skies' will ever operate commercial services for British Airways again due to the downturn in travel caused by the COVID-19 global pandemic.

“While the aircraft will always have a special place in our heart, as we head into the future we will be operating more flights on modern, fuel-efficient aircraft such as our new A350s and 787s, to help us achieve net-zero carbon emissions by 2050.”

BA, which is owned by International Airlines Group, took delivery of its first 747-400 in July 1989 and had a fleet of 57 at its height, becoming the second biggest operator in the world of this type of aircraft. The last 747-400 to enter the carrier’s fleet came in April 1999.

BA becomes the second UK airline to accelerate the retirement of its 747 fleet after Virgin Atlantic confirmed in May that it will no longer use any of its seven 747-400s.

Analysis of data provided by OAG Schedules Analyser shows that BA offered almost 5.5 million 747-400 seats in 2019, accounting for 8.7% of its total available capacity during the year.

The airline was the largest 747-400-operator in the world during 2019 by capacity, and the second largest 747 family operator. Only Lufthansa offered more seats across its fleet of 747-400s and 747-8s. However, Germany’s flag-carrier has decommissioned five 747-400s since the COVID-19 outbreak began.

The biggest route by capacity connected the UK airport with New York (JFK), offering more than 1 million two-way seats across in excess of 3,500 flights. OAG ranked the route as the only $1 billion air route in the world in 2019.

The OAG findings showed the service generated $27,159 in revenues per hour for BA, with overall revenues between April 2018 and March 2019 coming in at $1.16 billion. More than 30% of BA seats on the route were either in First or Business Class.