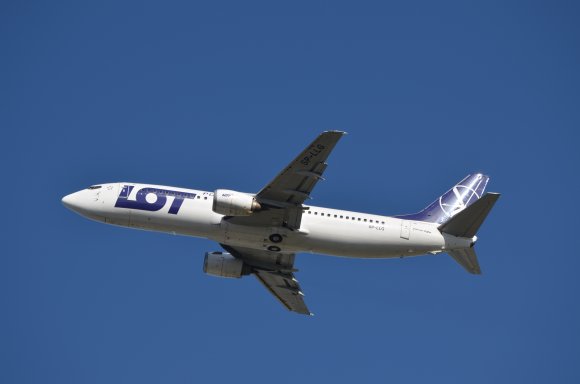 LOT Polish Airlines is adding Dublin (DUB) to its route network next month after an absence of more than a decade.

The airline plans to offer a 4X-weekly connection from Warsaw Chopin (WAW) on board Boeing 737-800 aircraft from Aug. 23. Flights will operate on Monday, Wednesday, Friday and Sunday.

LOT CEO Rafał Milczarski said a direct flight connection with Dublin was “an important factor” in the development of the Star Alliance member’s Western Europe network.

“Due to the considerable number of Poles living in Ireland, our presence in this very country was just a matter of time,” he said.

“Today we can offer our compatriots the most convenient way to travel to Dublin directly from the main airport in Warsaw.

“As part of the gradual restoration of regular routes and the revitalization of air traffic, we are convinced that over time the option of direct flights to the island situated on the Atlantic will also be taken by passengers from other countries of Central and Eastern Europe.”

LOT began service between WAW and DUB in 2004 but suspended the route three years later.

Aer Lingus was the last regular operator of the route but halted its 4X-weekly service in January 2018. However, it reinstated the route over the Christmas period in 2018-19 and again in 2019-20.

LOT said the return of WAW-DUB scheduled flights was fueled by demand from Poles wanting to return home as the COVID-19 crisis escalated. The airline said it performed 25 repatriation flights within three weeks. It is estimated that more than 50,000 people of Polish origin live in Dublin alone.

According to data published by Sabre Market Intelligence, O&D traffic between Ireland and Poland totaled 1.03 million two-way passengers in 2019—a rise of 4.6% on the previous 12 months.

The top three city pairs were Dublin-Krakow, Dublin-Nowy Dwór Mazowiecki and Dublin-Wroclaw, which were all served nonstop during the year. Sabre’s figures show that about 16,000 passengers flew indirectly between Dublin and Warsaw in 2019.