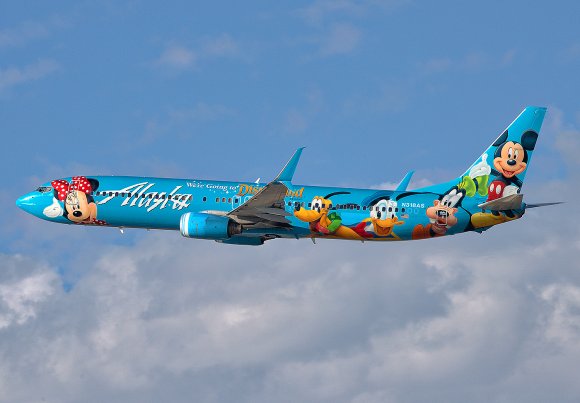 New routes include leisure markets like Fort Myers (RSW) and Tampa (TPA) in Florida; Kona (KOA) and Lihue (LIH), Hawaii; and Bozeman (BZN) and Missoula (MSO), Montana. Other flights will connect LAX to Alaska’s stronghold in the Pacific Northwest, including mid-size cities like Eugene (EUG) and Medford (MFR) in Oregon and Spokane (GEG) in Washington state.

“There are two key macro themes or philosophies we targeted in our LA announcement,” Alaska managing director-capacity planning and alliances Brett Catlin explained in an interview. “One being to better connect the Pacific Northwest and California, with LA being a key piece of the puzzle, which plays to Alaska’s terrific loyalty in those regions.”

“Second, is building on our decades of successful service to leisure destinations from LAX, from which we have a long history of serving Mexico, Hawaii and Florida,” Catlin continued. “We saw a number of opportunities to diversify our network to fly to places we think will play to our strengths as an airline.”

The LAX expansion is directly related to Seattle-based Alaska’s plan to join oneworld, which the company hopes to do later this year or early in 2021.

“This is about making sure we’re connected to our soon to be Oneworld partners at LAX, and providing them greater utility and connections in many US markets, including our own bases,” Catlin said. “Our goal is to join as quickly as possible. We see an enormous amount of value in being a oneworld partner and being able to provide passengers more connections and a more seamless travel experience.”

LAX is one of the world’s busiest airports, and all the large major carriers operate bases there. Alaska will be competing on some of the new routes with New York-based JetBlue, which recently announced its own expansion there, transferring over a host of routes after shuttering its nearby base in Long Beach (LGB).

Catlin said JetBlue’s decision did not factor into Alaska’s own, however, calling the timing of the moves “a coincidence.”

“LAX is a market we’ve served for a long time. We have an excellent position there in terms of infrastructure and access to gates, and it’s a key part of our long-term strategy,” he said. “Lots of leisure markets from LA and Southern California are still unserved and underserved, and there’s plenty of white space that exists across the map. Those are the markets we look for and do well in, and with a strong hub structure and the right network, there will be lots of opportunity to grow further.”