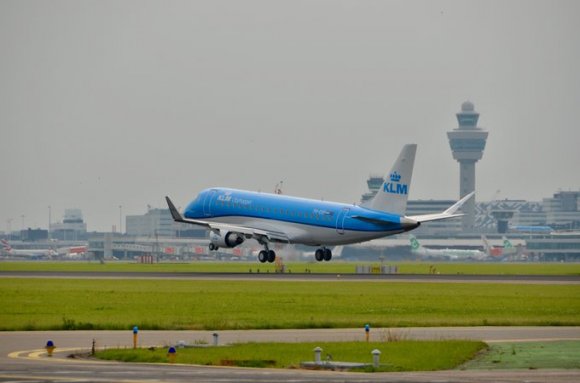 KLM is restoring daily service between Amsterdam (AMS) and Southampton (SOU) from Aug. 31, a route it halted early last year.

Flights will be operated with the Embraer 175, with a capacity of 88 passengers. Southampton becomes the 17th destination in the UK for KLM.

The SkyTeam alliance member previously served AMS-SOU from May 2016 but suspended the route in March 2019, leaving Flybe as the sole operator. However, it has been unserved since Flybe’s collapse in February.

A statement from KLM said: “Demand and supply are changing more and faster than before. This means KLM needs a resilient network. By opening a new route such as Southampton, the loss of demand on other routes in Europe will be absorbed.”

Qatar Airways has become the first international airline to resume flights to the Maldives, with the first daily service touching down at Velana International Airport (MLE) on July 15. Service to Addis Ababa (ADD) in Ethiopia resumed on July 16 and flights to Djibouti (JIB) restart on July 18. Both will be served 3X-weekly.

In addition, the oneworld alliance member will reinstate Antalya (AYT) and Bodrum (BJV) in Turkey from July 23, and Istanbul Sabiha Gökçen (SAW) two days later. ATY and BJV will each be 2X-weekly, while SAW will be 3X-weekly, rising to daily from Aug. 1.

Finally, Helsinki (HEL) returns to Qatar Airways’ network from July 29, with Finland’s capital to be served three times per week.

The resumption of scheduled passenger flights follows the agreement of a $1.5 billion recapitalization package, which was backed by shareholders Virgin Group and Delta Air Lines, new private investors and existing creditors.

Virgin Atlantic CEO Shai Weiss said: “The solvent recapitalisation of Virgin Atlantic will ensure that we can continue to provide vital connectivity and competition to consumers and businesses in Britain and beyond.”

Turkey and Russia have reached an agreement to restore air services between the two countries, which had been suspended because of the coronavirus crisis.

Turkish transport and infrastructure minister Adil Karaismailoğlu said that With Russia included, Turkey has now restarted flights to 32 countries. He added that negotiations are continuing with 20 more countries.

Ryanair Group subsidiary Lauda is closing its Stuttgart (STR) base from the end of October following the failure to sign a collective agreement with pilots.

“The closure of our base Stuttgart affects unfortunately 80 jobs which will be lost as no agreement with only a few pilots could have been found,” Lauda CEO Andreas Gruber told Aviation Week Network.

It is understood that 88% of first officers and flight attendants agreed to the new labor deal, but the terms were rejected by 16 STR-based pilots.

Wizz Air is to further expand at London Luton (LTN) base with the launch of five new routes and the addition of an extra aircraft, taking the total number of aircraft stationed there to 11.

Alicante (ALC), Ibiza (IBZ), Menorca (MAH), Santorini (JTR) and Valencia (VLC) are the latest additions to the ULCC’s summer schedule from the airport.

LTN-ALC will be daily from Aug. 7, with flights to VLC (3X-weekly) and JTR (2X-weekly) starting on the same date. Service to IBZ and MAH begins a date later, operating 4X-weekly and 3X-weekly respectively.