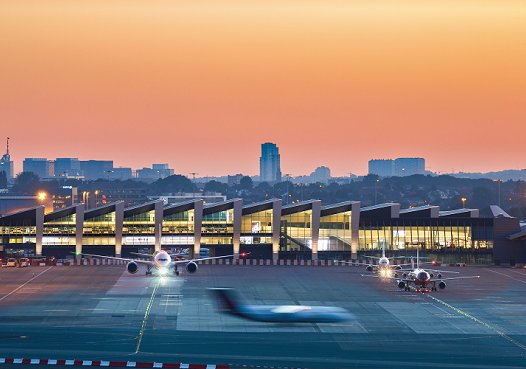 Eurocontrol said it expected close to 18,000 daily flights in European airspace by the end of this month, as a gradual but fragile recovery in air traffic continues.

“Last week the recovery continued and we are now at about 40% of last year’s traffic levels. But the recovery is fragile and dependent on developments in individual countries,” wrote Eurocontrol’s director general Eamonn Brennan on Twitter July 20.

In the body’s latest Network Recovery Plan published July 17, Eurocontrol put forward its outlook for traffic from July 20 to August 30. “Traffic is expected to approach 18,000 flights by the end of the July and will go up gradually to close to 21,000 flights in August 2020,” it said.

In the second half of August, traffic should reach 60% of traffic on peak days compared with 2019, Eurocontrol said, with a significant increase noted for all parts of the European network with some areas reaching up to 70% of 2019 traffic.

“Thanks to a very positive reaction from many [air navigation service providers] to a higher traffic outlook, the capacity outlook is significantly improved compared to the previous edition,” Eurocontrol said, noting that while no major capacity issues were expected in the network, planned and maximum sector configurations needed to be revised upwards in the Lisbon, Marseille and Rome air control centers (ACC).

Brennan also said July 19 that the European decision to allow travellers from Morocco was beginning to show a difference in traffic in the region, although traffic to and from the north African country was still down over 80% on 2019.

European member states lifted travel restrictions for residents of countries including Algeria, Australia, Canada, Japan, Morocco, New Zealand, South Korea, Thailand and Tunisia from July 1, but kept travel bans for travelers from many other major travel destinations including the US.

Eurocontrol’s updated forecast came a few days after airports lobby group ACI Europe said passenger traffic across the European airport network was down 93% in June, with 16.8 million passengers compared with 240 million the same period a year earlier—a slight improvement compared with May, when numbers were down 98% as travel restrictions gradually began to lift.

However, the airports group said it expected a full recovery to take longer than previously estimated.

ACI Europe director general Olivier Jankovec said: “The recovery in passenger traffic is proceeding at a slower pace than we had hoped for. This was the case in June, and initial data for July also indicates we’re likely to recover only 19% of last year’s traffic rather than the 30% we had forecast.”

He said that was because of incomplete lifting of travel restrictions within the EU/Schengen area and the UK, as well as ongoing travel bans for many other countries.

“The fact that EU and Schengen states have not yet managed to effectively coordinate and align over their travel policies does not help, as it is not conducive to restoring confidence in travel and tourism in the middle of the peak summer season,” Jankovec said.

Given those developments and the current epidemiological situation globally, ACI Europe said it now expected a recovery in passenger traffic to 2019 levels for 2024, rather than 2023 as per its previous forecast in May.