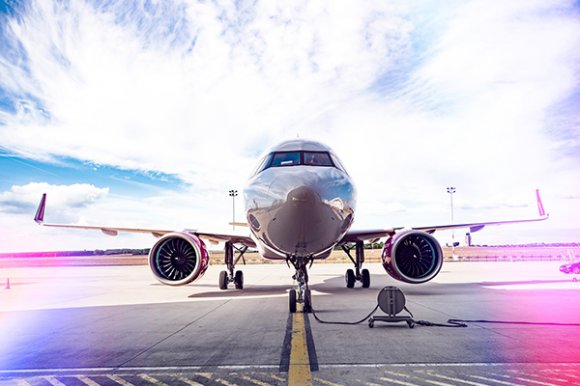 Wizz Air has become the latest airline move into the Italy-Ukraine market, just weeks after rival Ryanair announced its own bold expansion plans between the two countries.

Scheduled capacity on routes between the nations has grown markedly in recent years, rising from 386,176 two-way seats in 2016 to almost 1.3 million last year. However, with Milan-based Ernest Airlines—the second-largest provider of Italy-Ukraine capacity in 2019—ceasing operations in January 2020, Wizz and Ryanair are seeking to exploit a gap in the market and ramp up pressure on SkyUp Airlines.

A total of 14 new routes linking the countries are set to be launched by Wizz between now and April 2021, with the first four of those set to take off next month. From Aug. 14, the ULCC will connect Kyiv (IEV) with Venice Treviso (TSF) and Naples (NAP) three times per week and provide a 2X-weekly link between its new bases in Lviv (LWO) and Milan Malpensa (MXP). A 2X-weekly route between LWO and Rome Ciampino (CIA) launches on Aug.16.

Two more routes are being opened in October, with Wizz adding Kharkiv (HRK) and Zaporizhzhia (OZH) from MXP. The remaining eight routes join the carrier’s network in March 2021. Following the expansion, Wizz will offer 77 routes to 15 countries from five Ukrainian airports.

“We are pleased to bring back Italian routes to our Ukrainian network and to offer Ukrainian passengers long-awaited flights to exciting destinations of Rome, Milan, Venice, Naples, Verona, Catania and Bologna.”

Details of Wizz’s latest expansion come two weeks after Ryanair said it would launch 16 new routes between Ukraine and Italy as part of its winter 2020-21 and summer 2021 schedules. Eleven routes will start at the end of October and a further five next March. Data provided by OAG Schedules Analyser shows Ryanair and Wizz will compete on seven city pairs.

This expansion comes on top of Kyiv-based SkyUp Airlines’ Italy-Ukraine growth. While the COVID-19 pandemic has affected the pace, the latest schedules show the Ukrainian airline intends to have opened 12 new routes by the end of 2020, taking the total number it operates between the two countries to 18.

The jockeying for position on Italy-Ukraine routes follows Ernest Airlines’ exit from the market. The carrier grounded all flights on Jan. 11 after national aviation regulator ENAC suspended its air operator’s certificate (AOC).

Ernest operated 528,730 seats between Italy and Ukraine in 2019 across 14 routes, the largest of which connected IEV and NAP, a route Wizz is taking over. It was the second biggest operator of Italy-Ukraine capacity behind Ukraine International Airlines, which offered 570,094 seats.